It’s that time of the year again… I’m not talking about Christmas; I’m talking about the time when concerned family and friends hear of the latest crypto scam and text you to ask if your Bitcoin is okay. Yes… yes, it is. See, this wouldn’t be particularly infuriating if it weren’t for the fact that, five months from now, after receiving the most detailed explanation of why crypto can’t fault Bitcoin, they will use this crypto scam to reinforce their refusal to buy Bitcoin. It’s an unbreakable cycle fuelled by unwilling ears and misunderstandings, but it’s not always the crypto angle; sometimes, they will substitute a crypto scam for the historical price action of Bitcoin and claim “Bitcoin [insert two cherry-picked dates in which the latter’s price is lower than the former’s] went down by [insert price difference of dates]. How can that possibly be a good investment?!”. Now, although this is on the right track—because at least they’re talking about something somewhat related to Bitcoin, and not its illegitimate delinquent son, crypto, who gate-crashes the minds of all who ponder Bitcoin—it’s still an unsound argument. Why is it unsound? Because although it’s a cohesive, logical flow from premise to the conclusion, for which I can be somewhat sympathetic, its premise is wrong. Here’s why.

For people who don’t spend any of their time thinking about money, markets, economics or anything of that nature, these are easy mistakes to make, especially if they don’t have a clear understanding of how free markets determine prices and what prices actually are. Prices are not the value of something; they are a reflection of the perceived value of something amongst market participants. Everything can affect this perception, such as the availability (liquidity) of the asset, public opinion, recent events etc., but the underlying value, integrity or efficacy of that asset is determined only by the asset itself; it’s the reflection, not the mirror.

When to care about price. 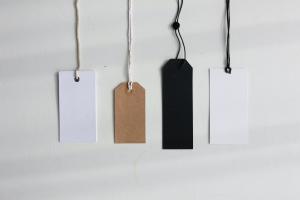 Admittedly, it’s not an entirely useless practice to look at the price of an asset to estimate its value; that’s one of the primary purposes of having a standardised unit of account for value. It helps us outsource the determination of something’s value to greater society rather than attempting to determine it ourselves each time we trade. Additionally, it’s not like we are outsourcing this to some unqualified and often-inaccurate party; we are outsourcing it to the free market, the greatest distributed cognition mechanism in the world. Every single dispute over the fair price of apples has affected the price you pay for them today. The fact that buyers want low prices, sellers want high prices, and both reserve the right to pull out of the trade and get a ‘more fair’ price from another buyer/seller makes it such that, over time and on a large enough scale, prices begin to resemble true value. Still, there are many forces at play in these scenarios, which can, in some cases, push the price of something far beyond its true value, both to the up and the downside. Let’s examine some of these forces and look at some scenarios where they could distort prices.

Imagine an economy of 100 apples in a village of 100 people. The villagers have been trading these apples and discovered a fair value of £1 per apple. All of a sudden, 70 villagers, who have a total of 70 apples, decide to keep hold of their apples, and thus they are removed from the free market price discovery mechanism. Now, only 30 apples are available to buy and sell. John, who has 20 of those apples, decides to sell them all at once, but the 70 villagers who are holding on to their apples haven’t gone to the apple market in a while because they aren’t participating anymore. So, John shows up at the market with the intention of selling his 20 apples to the 29 villagers who are still buying/selling. Unfortunately, the other villagers at the market aren’t so keen on buying that many apples, so John has to convince them by lowering the price. First, he lowers the price to £0.95 per apple, but still, no buyers. He lowers the prices again to £0.85. This time, he is sure that his apples will be sold out instantly; this may have been true if the entire village was present, but out of the 29 other villagers that showed up, only 9 of them are looking to buy apples, and only one of them, Alice, intended to buy more than one apple; Alice intended to buy two. This means the market of buyers only brought a total of £10 with them, and to fit 20 apples into a £10 sale, John has to sell each apple for £0.50! The following day, the same villagers return with no sign of the 70 hoarders, and some of yesterday’s buyers are looking to sell, but after seeing that apples were selling for £0.50 yesterday, the buyers aren’t willing to pay a penny over £0.60! This continues for a few days, and prices have climbed back up to around £0.75 when the 70 hoarders all show up, only to see that the apples that they paid £1 for are now only trading at £0.75. If the 70 are to sell their apples at these prices, they would lose £0.25 for each of the 70 apples, and all the apples in the village would be worth a total of £75!

Does this mean that apples became 25% less valuable to the village in a couple of days? Well, nothing about the apples has changed (for the sake of this metaphor, these apples never rot). The value of the apples has remained more or less the same; it’s just their price that has changed. Still, the price didn’t change to £0.01 or £1,000; it’s still in the ballpark of the true value of £1, but outside forces have caused its price to change despite its value remaining constant. Generally, prices tend not to diverge from true value very greatly. However, this is only the case because the fair value of apples had already been discovered before the change in market dynamics… which leads me to the next force: nascency. 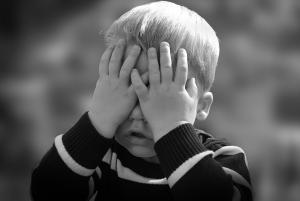 What if the free market is yet to determine the true value of something? What if something was invented yesterday, and nobody knows about it yet? How can markets determine the price of an asset they don’t know exists? They can’t. Every new asset has to have its first sale, and that first sale is as good as guessing. However, as time goes on, and more people become aware of the new asset, begin to understand it and formulate their own estimates of its value, its price will approach its real value, and guesses about such will grow increasingly educated. In the early days of price discovery, however, there is a lot of guessing, so nobody is very confident in their guesses. When people aren’t confident in their guesses, they are more easily swayed by new information and more likely to double back on their assumptions. In other words, you don’t make it to the moon without turbulence. Since prices are dependent on awareness, until people are aware that something exists, it can’t have a price, and if that thing just so happens to be extremely valuable, the price will have to grow to resemble that over time. This journey will not be a straight line because of the sheer magnitude of external forces at play, and even as large portions of people become aware that it exists, they also need to become aware of what it is. This can take time if the asset in question is particularly complex.

We are still bullish about Bitcoin as its price tumbles, not because of its price but because of itself. Although Bitcoin’s price has decreased a substantial amount from its all-time high, Bitcoin itself has not fallen; the product is the same, and the reasons we were bullish at $60K are still in play at $16K. To suddenly become bearish due to a short-term price movement would indicate that your reasons for being bullish prior to the downtrend were primarily rooted in price action, but our reasons are not. The reasons we are bullish about Bitcoin are infinitely more diligent than drawing imaginary lines on price charts. Short-term price action is simply not a factor in the “bullish or bearish” equation, so it cannot alter the result: bullish.