Voldemort was adept at storing value before Bitcoin came along and did it through his Horcruxes.

If you aren’t a fellow Potter nerd, Voldemort split his soul into 7 pieces which he hid in objects to make himself immortal.

It makes him hard to kill.

It’s pretty ingenious, to be honest, and he would have gotten away with it if it were not for Dumbledore and plot armour.

How does this help us think about Bitcoin storage?

As the name suggests, you require multiple signatures to send a transaction in a multisig wallet.

Multisig gives you more options and ensures that your Bitcoin won’t be lost or stolen if you misplace or have one key taken.

For example, you may have a multisig wallet with 3 keys in which 2 are required to send a transaction.

If someone ‘kills’ one of your keys, you still have 2 more. 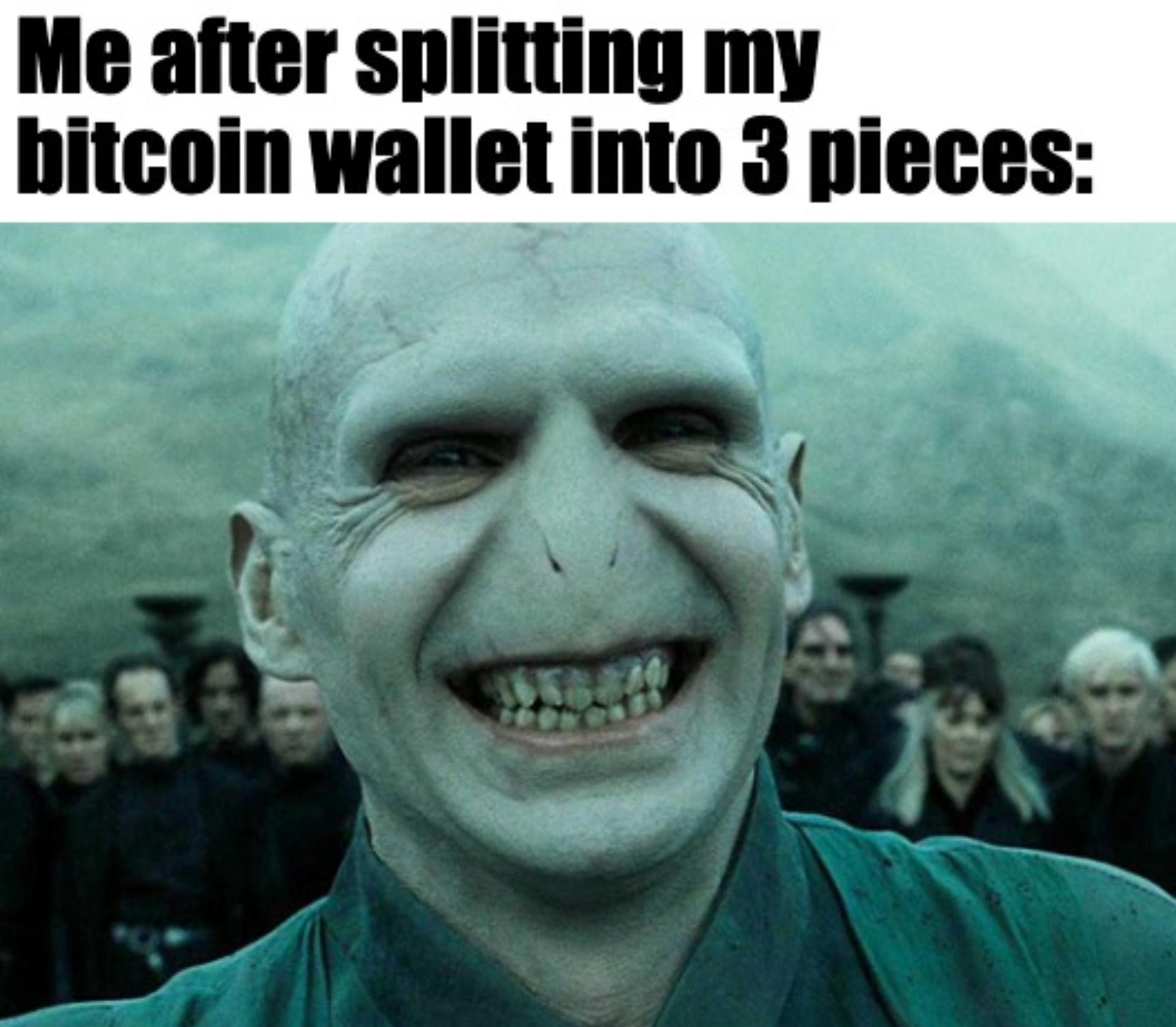 He spread himself too thin and even accidentally created a Horcrux he wasn’t aware of. More isn’t always better, and if it’s too complicated, you can trip yourself up by accident. Sometimes simple is best.

If we pulled a Voldemort, we probably wouldn’t have to worry about anyone accessing our wallet… because we would also mess it up somehow and lose track.

50 points to your house of choice if you take control of your Bitcoin private keys and get your sats off FastBitcoins – it’s even free over the Lightning Network.