No one would actually choose $100 over 1 Bitcoin… right? 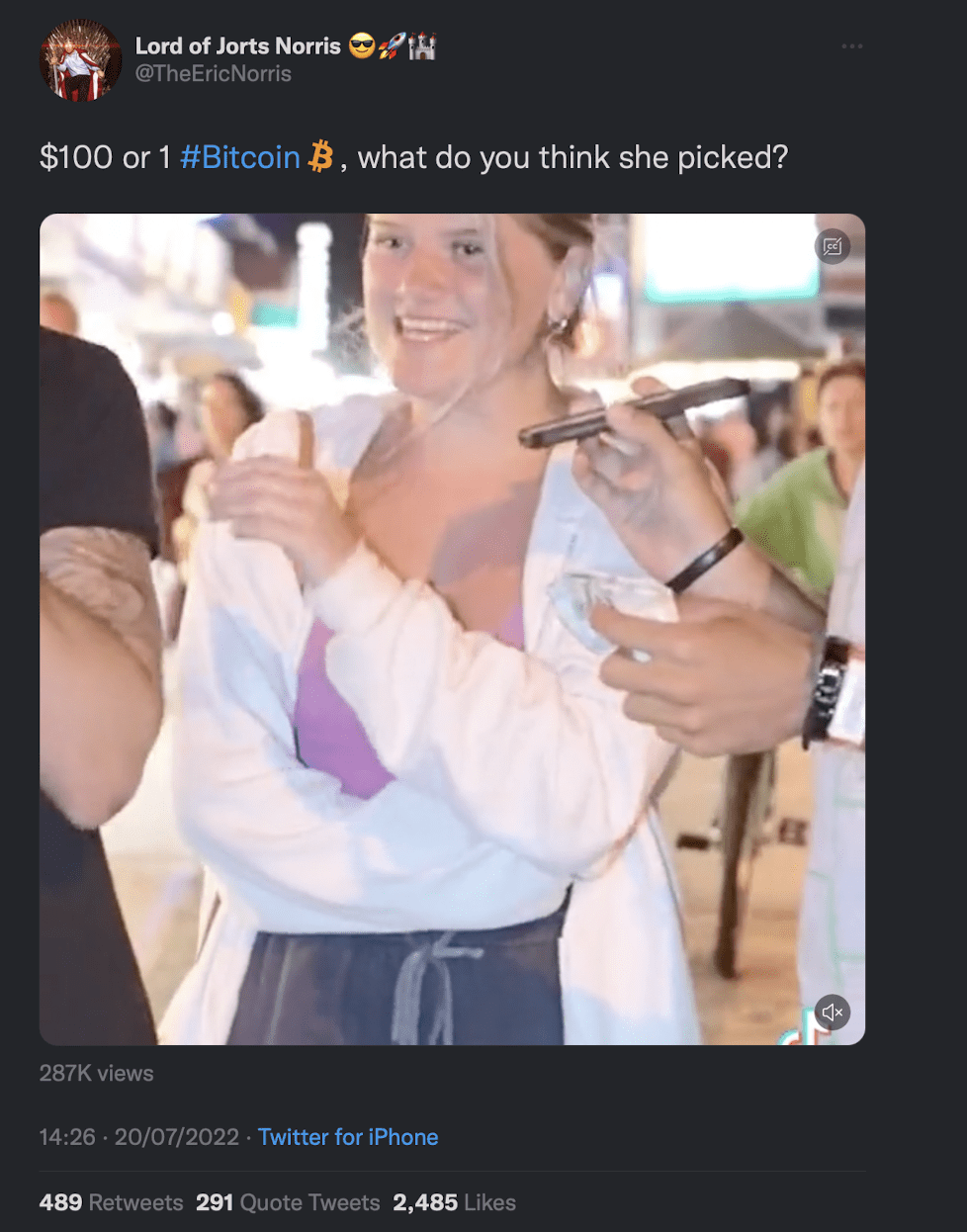 “A coin is less than dollars, and there’s a hundred right here”

Ironically, the guy attempting to convince her to choose the Bitcoin is wearing a tee saying, “Dolla Make ya Holla”.

It’s a bit of fun and entertainment, but many inside the world of Bitcoin/finance Twitter would probably be surprised by just how many people would take that $100 on the spot.

It sounds crazy, but it’s true.

“Bitcoin is an online coin, right? That’s a hundred dollars!”

There is still a notion that Bitcoin ‘isn’t real’ because of its digital nature, despite the fact that an estimated 90%+ of all money is digital.

Bitcoin is information, and nothing moves information faster and more efficiently than the internet.

Now we have the internet of money.

You’ll notice that it’s not just the fact that Bitcoin is online that puts her off; it’s implied that it’s just another ‘online coin’ because there are so many others. Another reason why we do our best to distance the world of Crypto from Bitcoin.

Anyway, look past the engagement-style video, and don’t forget that Bitcoin is still so early, and that’s a good thing.

Most people haven’t put in the work just yet, but when they’re ready to ask questions, you can be the one wearing a “Bitcoin Makes ya Holla” tee 😉

And, when they ask about the best place to begin saving the future of money? You might want to let them know about FastBitcoins. 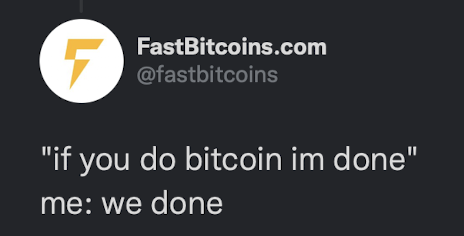