I stumbled across a surprisingly unnerving video on YouTube recently (as you do) of a real-time animation video of the Titanic sinking.

The animation has timestamps for the major parts of the almost 3-hour tragedy that takes you from the iceberg collision to the final plunge.

The disturbing part is the eerie silence. The sea was calm, and it was pitch black. Although it’s just an animation, you can piece it together with actual stories to get a better picture of what happened and the disbelief everyone felt as the ‘unsinkable’ became sinkable, and things went from bad to catastrophic fast.

Historically, nothing is too big to fail, but when it hasn’t happened in your lifetime, it doesn’t feel that way.

“How did you go bankrupt?”

Amongst all the big things happening in the world, the UK just quietly joined the 100% debt-to-GDP club. This means that the debt is now more than its gross domestic product (goods/services produced annually).

And the UK isn’t early to the club… 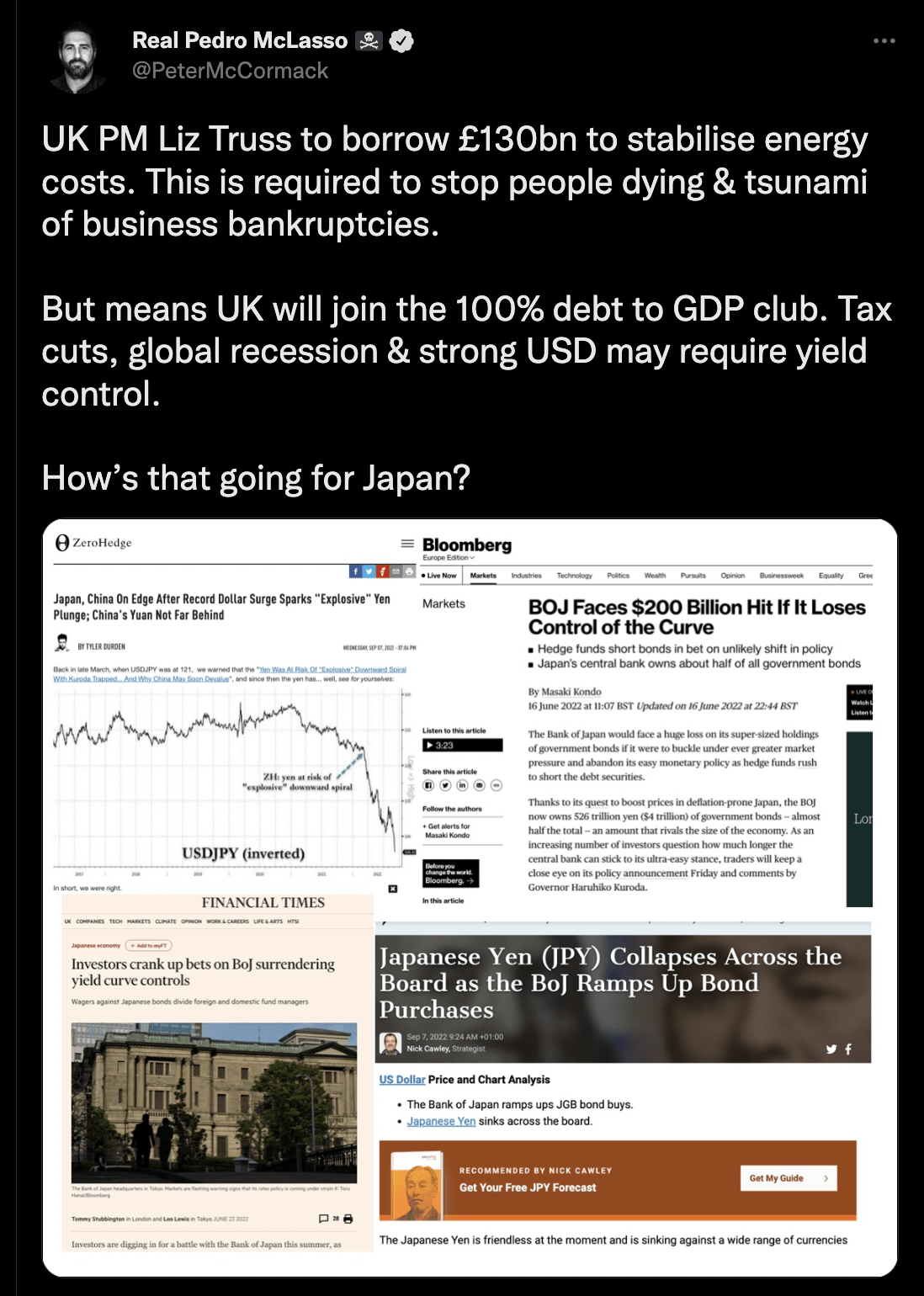 Maybe it’s a problem that can be managed…

“In four or five years’ time it will seem normal for the UK to have a ratio above 100%.” – Paul Dales of Oxford Economics

We can’t help but take a closer look at the money itself and what has already happened.

Things look even weirder when we start measuring using money that can’t be manipulated (Bitcoin).

Just as the finite supply and the potential of Bitcoin are not priced into the market, neither is the reality of fiat money. Yet.

Tuld: So, you’re saying this has already happened?