Unless you’ve been living under a rock, you’ll be aware of the absolute spectacle hosted by Elon Musk and Twitter this year. Long story short: Elon Musk bought Twitter.

Elon musk says the move was an attempt to help restore some free speech that was lost to the technocratic mediators of information over the past several years. About the platform that facilitates the majority of today’s fastest information propagation, Twitter, claims of censorship have been made for the past several years, but this was often shut down as conspiratorial or “doom scrolling” by the majority of the population… until this week.

But if you don’t feel like going through all that, here’s the TL;DR of the situation:

For years, people who have expressed opinions that go against the grain on Twitter have had their accounts suspended or permanently banned for violating one of Twitter’s very vague rules. As they say:

“Tyranny is the deliberate removal of nuance.” — Albert Maysles

These bans and suspensions were particularly hard to call out directly since they would always be justified under some violation of a policy that’s very flexible because it constitutes so many clauses that are open to subjective interpretation. This allowed employees at Twitter to formulate two groups:

The former would handle up to 200 “cases” per day, where they would evaluate Twitter pages that they disagreed with and would decide how to shadow-ban them and acutely suppress the flow of information from that account. They could prohibit that page’s tweets from showing up on the trending page; in hashtag searches, yours flag it with “Do Not Amplify”… which is quite self-explanatory. Although Twitter employees went on record in 2018 (Full blog post and quote here) to say:

“And we certainly don’t shadow ban based on political viewpoints or ideology.” — Vijaya Gadde, ex-Head of Legal Policy and Trust & Kayvon Beykpour, ex-Head of Product.

…it’s since been revealed that this was a lie. No surprise there.

15. This is where the biggest, most politically sensitive decisions got made. “Think high follower account, controversial,” another Twitter employee told us. For these “there would be no ticket or anything.”

19. But in an internal SIP-PES memo from October 2022, after her seventh suspension, the committee acknowledged that “LTT has not directly engaged in behavior violative of the Hateful Conduct policy.” See here:

19. But in an internal SIP-PES memo from October 2022, after her seventh suspension, the committee acknowledged that “LTT has not directly engaged in behavior violative of the Hateful Conduct policy.” See here: pic.twitter.com/d9FGhrnQFE

Since we all formulate our conceptions of reality from information that is fed to us, when somebody gets to control how that information propagates throughout society, they indirectly hold a grasp on reality itself. Is it a reality that the US President’s son is a loose cannon? Not if nobody knows about it, so Twitter did their best to make sure that was the case. This is the problem of centralisation again. 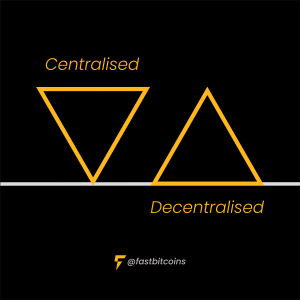 If the entire world’s internet, water or gas supply ran through a single cable or pipeline, not only is that a serious problem should that pipeline break, but it’s just as serious a problem if it gets corrupted; whoever has access to the pipeline has ultimate control over what everyone else consumes, and when it comes to information, you are what you eat. 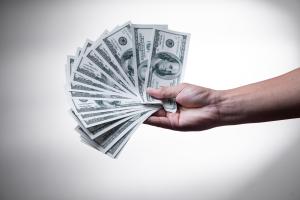 This entire Twitter Files fiasco has confirmed what many of us believed to be true and brought many liars into the light. It’s become another case that illuminates the dangers of the centralisation of information… but as discussed in “Where is Bitcoin Stored, actually?”, money is also information. As we know, control over money is already very centralised, so does it run the same risk as Twitter? Yes. Forget economics for just a second, and let’s just ignore the issue of inflation (we talk about that a lot) and just look at the risks of centralisation with regard to both human rights and responsibilities.

Okay, let’s take a look at rights first—everyone’s favourite of the pair—and see how centralisation affects them. Money is a tool for cooperation that allows large groups of individuals to specialise and share the workload of the group amongst themselves without enslaving or starving anyone. It does this by allowing individuals’ labour to be storable and redeemable for the product of others’ labour later down the line and—as a byproduct—standardises the unit of account for value in such a way that allows individuals to outsource the quantification of value to the group and streamline trade. Thus, money is the only thing that securitises and evidences our labour, which makes it practically indistinguishable from our labour itself. Our labour is produced from two assets: time and energy. Our time is finite and—once spent—should be ringfenced from the interests of others. This is why the foundational idea of contract law, “Do all you have agreed to do”, is universally agreed upon across all religions and cultures; to break this principle is to reach into someone’s past and reduce the personal value of their labour by making it irredeemable. If everyone were to consistently fail to do what they agreed to do, it would make working on anything other than that which directly benefits you impossible; to build a house for anyone else when they can just refuse to pay later down the line makes it impossible to trust that you’re using your time and energy wisely.

When money is centralised in all its aspects: banks, payment processors etc., any one of those pipelines can become corrupted and retrospectively tinker with the profitability of time you’ve already spent working on something. For instance, you could spend 6 months working on a new product just for your payment processor to stop servicing your business before launch simply because they disagree with something you said on Twitter. This actually happens, most recently with celebrities, but even with the working class:

“One trucker told Fox News that his personal bank account and his trucking business account were shut down. He said he has another business that has nothing to do with trucking, politics, protests, or the Freedom Convoy, and the Canadian government shut down that account, too. It has completely cut off his ability to make a living.”

In doing this, the government and complicit banks have reached back through time and re-rendered the work he did to earn that money and build those businesses as something resembling a waste of time and energy.

The fundamental human right is the right to our own time, and the centralisation of money threatens this.

Someone’s rights are everyone else’s responsibility, so when a right can be violated without consequence, someone else can fail to pull the weight of their responsibilities without seeing consequences. That weight doesn’t just disappear. It lands directly on the heads of the people whose rights you were supposedly responsible for. When John Doe’s personal and business accounts are frozen because of his thoughts, the responsibility of payments infrastructure is now on him if he wants his business to continue, but of course, he won’t be able to—because he is not his own bank.

Be Your Own Bank

Bitcoin fixes all of these problems. It reinstates rights by making you responsible for your own. It fixes centralisation and inflation by distributing governance throughout the entire network, and it allows you to be your own bank, so nobody can infringe upon the time you’ve already spent building your future.