There are many barriers between Bitcoin and its mass adoption. One such barrier is understanding. Understanding Bitcoin is not an easy task because it’s not just a case of memorising propositions; it’s more a case of formulating a perspective that results from the intermingling of many understandings.

The recency of Bitcoin’s invention has caused many new terms and novel lingo to come about. Unfortunately, much of this new lingo presents a circular language system in which an entry point can be tricky to find. For example, if I were to ask you to describe the taste of water, it would be hard to describe without using water as your explanation. The same applies to colours; it’s hard to describe the colour orange without mentioning orange or orange items. As the phrase goes, “You can’t describe colour to a blind person”. These instances of circular language can prove tricky to overcome as they always presume some preliminary knowledge. 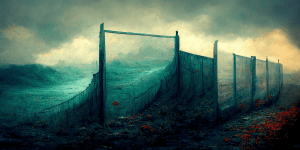 Suppose Alice wants to learn about how Bitcoin works. She first wants to know how transactions are secured, so she does some research. She realises that it’s secured by something called “Mining”, so she tries to understand it. An hour of research later, she concludes that she has absolutely no idea wtf she just read, but she notices she was getting lost every time somebody mentioned “Proof of Work”, so she decides to research it. This is where Alice gives up. Why? Because Proof of Work is described as “part of the mining process that secures transactions”. The thing she originally set out to understand is leant on to explain the thing that supposedly explains it. Confused? So is Alice.

So what do we do about this? Is it simply a case of lazy Bitcoiners that don’t want to think about how to explain Bitcoin to noobs (newcomers)? After all, Satoshi himself said this:

“If you don’t believe it or don’t get it, I don’t have the time to try to convince you, sorry.” —Satoshi Nakamoto

If it were just a case of Bitcoiners being lazy, then at least it would be an easy fix, but unfortunately, I don’t believe that to be the crux of the issue here; as it turns out, Bitcoin is just very hard to explain. With immense care taken to avoid the use of circular language, it can feel like semantic resources are running low, even to those with the most nuanced and comprehensive understanding of Bitcoin. But why?

Words are like drawers in a filing cabinet that contain mental models. The words themselves are not the mental model; they’re the drawers. So when you speak to someone, you are giving them psychological directions of which drawers to open and in which order, such that they can piece together the mental model you’re ultimately trying to give them. So, when you explain something to someone without first providing them with the predicate mental models from which you’re asking them to synthesise a new one, you’re essentially asking someone to search an empty cabinet and return with a thesis on what they found. So… how do we do better? This cabinet metaphor should make it quite clear: we direct people to drawers that already contain familiar mental models and then transpose the synthesised result onto the topic at hand. If that was confusing, it’s just what I’ve been doing throughout this article. I have a mental model of how words work, and to explain it to you, I’ve employed the words “filing cabinet” and “drawers” to pull a familiar mental model into your head, then transposed that model onto words such that you can reframe your understanding of words in a way that helps me get my point across. The only issue with this is that it takes a lot of effort and contemplation to pull off. Still, when the only other option is to deprive the majority of the population of an understanding of Bitcoin, there’s a lot on the line.

This is the most accurate diagnosis of the Bitcoin education problem that I can conceptualise and the best prescription I can offer. Whether it works or not will depend on the scope and accuracy of the execution. I’ve begun attempting to put this idea to practice by writing a book, Do Bitcoin (shameless plug), that attempts to explain Bitcoin without the use of circular language or empty cabinets, so to speak. Still, it may be worth questioning the necessity of Bitcoin understanding en mass; as Bitcoiners practically chant, “you don’t know how the internet works, and yet you use it all the time”. While this is true, there are a few key differences between the internet’s case and Bitcoin’s. Bitcoin is money, and since money is used for trade, it requires some level of social acceptance to function as intended—it’s not simply an ‘opt-in’ technology in its early stages since using it requires it to be accepted by others, at least for payments. The question then becomes whether or not Bitcoin’s acceptance will stem from a population-wide understanding or just the heuristics of social proof, e.g., “everyone uses it, so I do too.” It really depends on what level of adoption we are talking about. If we are talking about 50% of the population using it on a daily basis, then the latter will almost certainly be the case. Most will not have the time or interest to learn about Bitcoin on any subsurface level. But to get to that level of adoption, there has to be some early driver of it that gets the ball rolling. The early inertia of gaining momentum will have to be overcome by a large-scale desire to use Bitcoin. Because Bitcoin is an idea, that desire can only result from understanding. So it’s of pivotal importance that we get better at explaining Bitcoin to noobs. The future depends on it.

This is part one of a two-part blog post where I will be using the theories explored in this post to explain Bitcoin mining. Follow our blog for part 2, or sign up at FastBitcoins to help Bitcoin adoption by getting involved!