I recently touched on the worrying protests going on in China due to a handful of banks not releasing the citizen’s frozen savings. 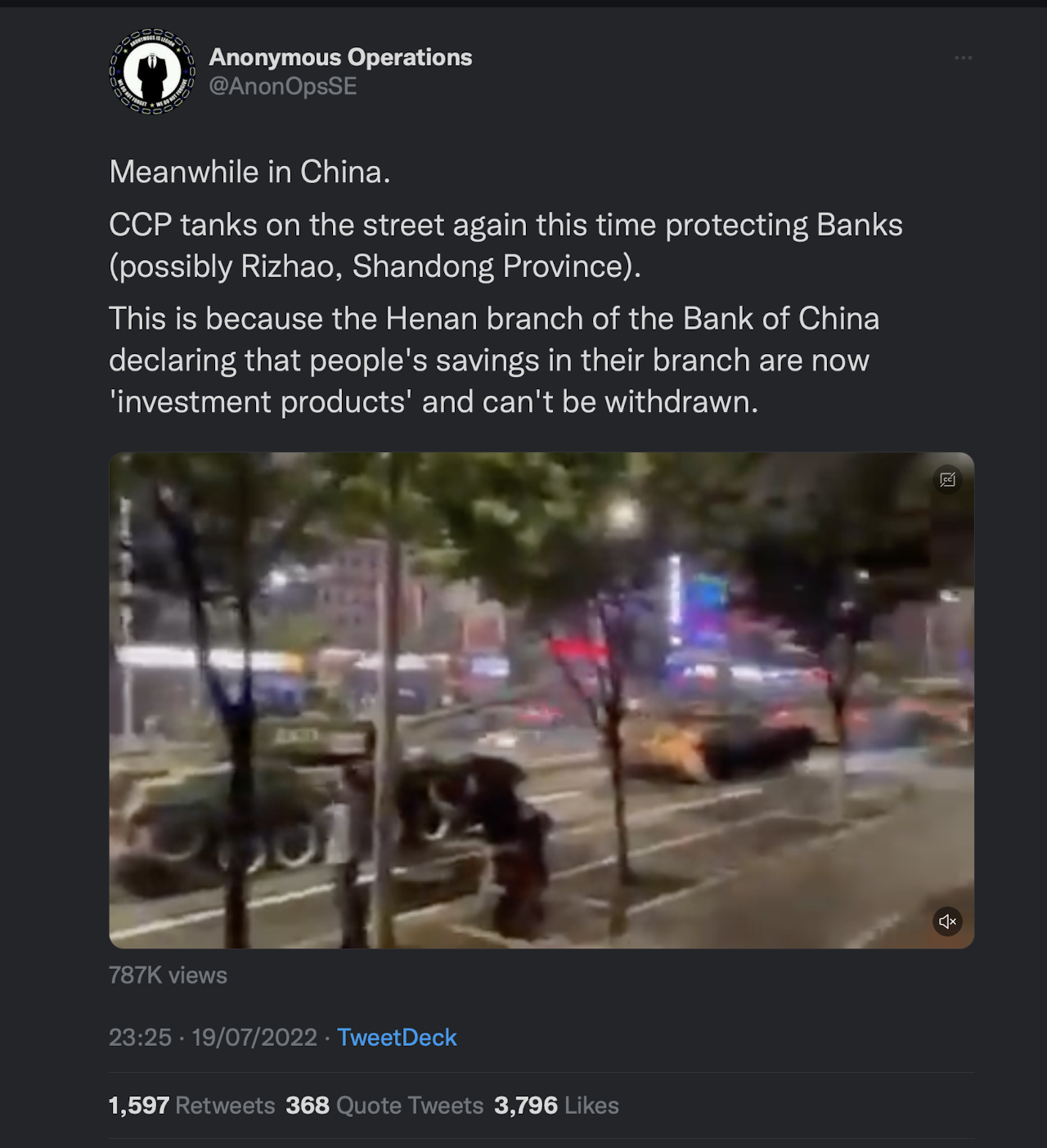 The Peoples Liberation Army are now protecting the banks from the people trying to liberate their own savings.

Last I heard, the banks had said they were going to be slowly releasing funds, although it seems the Henan branch of the Bank of China said the quiet part out loud when they referred to the victim’s savings as “investment products” that the victims cannot withdraw. The backlash has since resulted in military intervention.

Money for your future.

Is an “investment product” to the bank.

What do you get? 1% interest in an inflationary climate. Somewhere ‘trustworthy’ and ‘safe’ to store your money?

It doesn’t add up. We all instinctively know this, but for the average person, there doesn’t seem to be any other options.

This is why positioning Bitcoin as a way to store some value outside of traditional finance is becoming just as important as the price for many people.

But it does give the individual more control over at least a portion of their money.

You MUST take ownership of your Bitcoin, though.

As we’ve seen in China, if you don’t own your money, it can always be subject to someone with a bigger ‘tank’.