If you’ve been on Twitter in the Bitcoin/crypto space, you will have noticed that there are a lot of folks that focus on Bitcoin exclusively… we can be a pretty loud bunch!

Even outside of Twitter, there’s always been more of a tunnel focus on Bitcoin from figures such as billionaire hedge fund manager Paul Tudor Jones, who referred to Bitcoin as the “fastest horse” in the inflationary environment.

Or Gary Gensler from the SEC, who outwardly expressed that Bitcoin was different from crypto – “Nakamoto’s innovation is real”

So we know there is a difference, but you might think that going Bitcoin only is too extreme, perhaps even closed-minded.

We’ve been proudly Bitcoin only from day one, but almost no one starts their journey this way. Everyone has their own reason for eventually focusing on Bitcoin exclusively, so we thought we’d share some reasons from Bitcoin Twitter…

Bitcoin has a finite supply that cannot change. Crypto often has fewer restrictions/barriers to the supply being altered than fiat money.

Bitcoin is built to last beyond short-term gains that can be found in crypto. It has a strong foundation that’s built to thrive over time.

Bitcoin exists to fix the money; crypto is here to take your money. This is why we never encourage trading activities.

Money is a technology that makes it easier to transact value and measure work/productivity. Once you understand how Bitcoin works, you fall down the rabbit hole pretty fast…

Most of us are drawn to Bitcoin by FOMO/greed but once we realise what it is we stay for a completely different reason. Bitcoin is money, but many aren’t in it to purely make money.

HUGE ones! Bitcoin is the only truly decentralised monetary system. Don’t trust, verify. 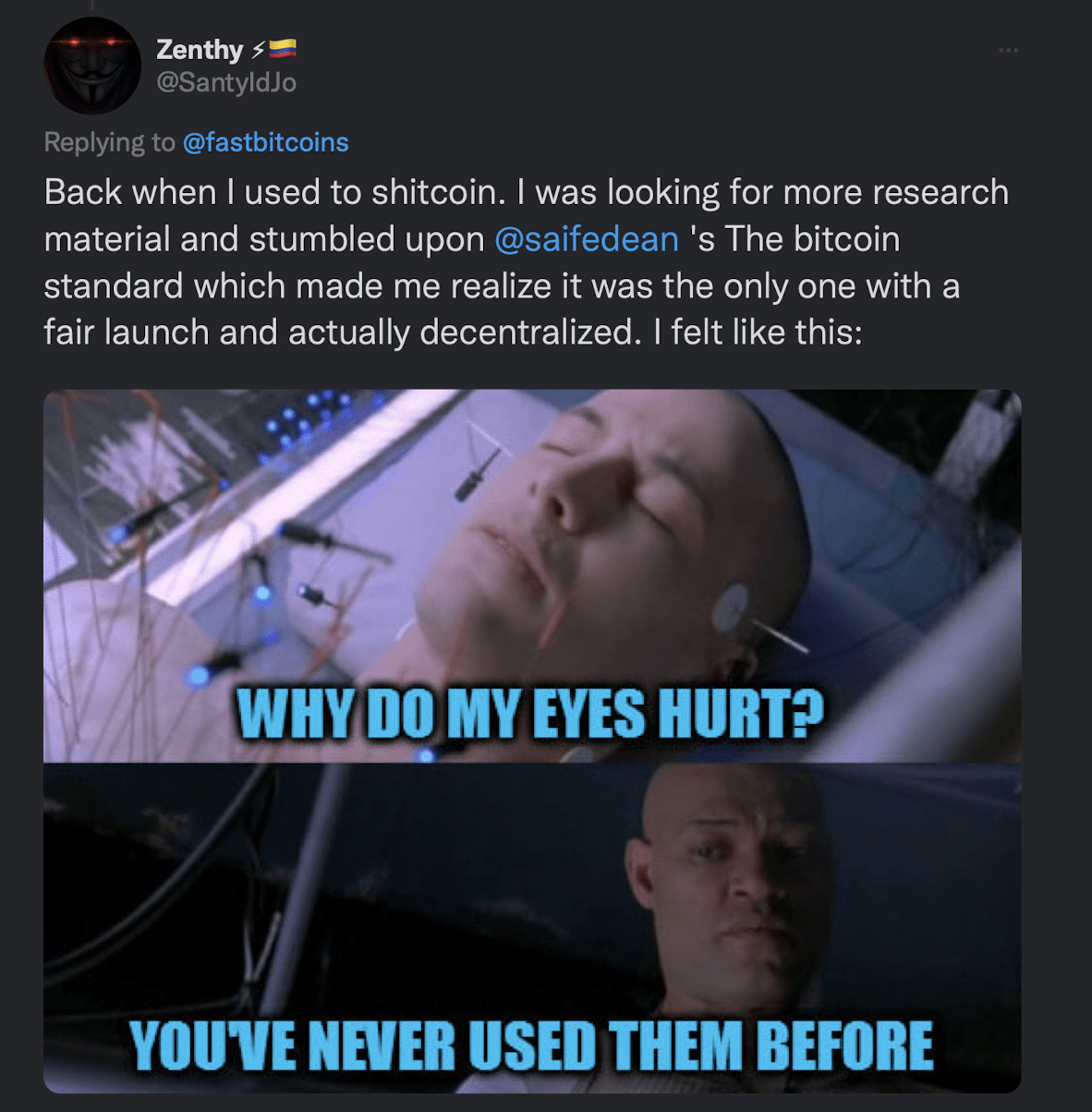 The Bitcoin Standard has helped many learn the importance of sound money.

Understated reason. Bitcoin is a rollercoaster ride no doubt, but it’s completely transparent. You can verify everything, and this knowledge gives you more conviction, resulting in you being far less reactionary, especially over the short term. The life of a crypto trader is not for the faint-hearted… 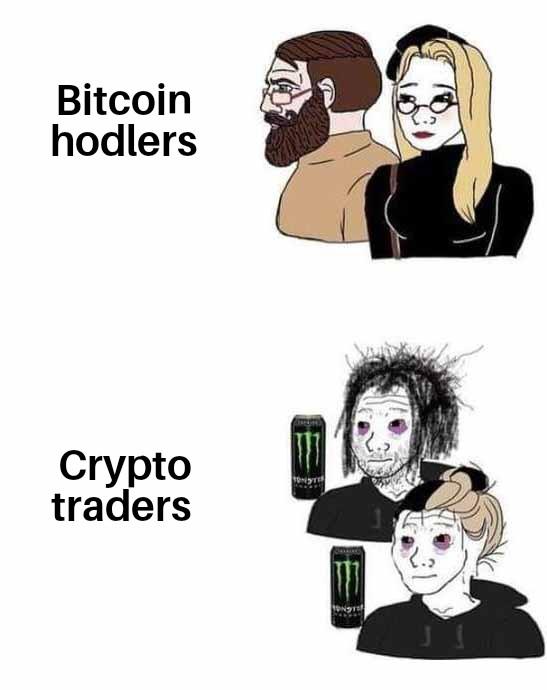 Ready to go Bitcoin only? Or maybe you just want an easy way to save some sats on the side. Either way, we’ve got you covered at FastBitcoins.com