Separating Bitcoin from crypto is very important. In this article I aim to explore some of the reasons, starting from the beginning.

Bitcoin was not easy to create. Many attempts at creating peer-to-peer digital cash were made before Bitcoin arrived on the scene, and none succeeded. It was like a game of technological whack-a-mole; for every problem solved, two more would show up in its place. As you can imagine, all the problems encountered in this pursuit were unique to the task of inventing digital money, and unique problems require unique solutions. Bitcoin was the first functioning form of peer-to-peer digital cash because it satisfied the requisite attributes of money whilst remaining decentralised and secure—this was no mean feat. Its success resulted from many technological trade-offs and a nuanced design from the ground up.

The most (in)famous of the solutions alluded to above is that of blockchain. Blockchain was invented so we could transact bitcoin whilst keeping it satisfactory of the requisite attributes of money. The blockchain solution is purpose-built, and designing anything around a particular purpose entails plenty of idiosyncratic trade-offs emblematic of that endeavour. These otherwise-unnecessary trade-offs only aid in matters pertaining to the project’s intended utility. So why—and how—has blockchain developed such a polarising weight around its name? This will be easier to explain with the help of a metaphor.

Suppose a hypothetical scenario in which the world’s first car is invented. It works as intended and gains much attention from the press. Naturally, the public is confused about how the car works, so people begin attempting to explain it as best they can. They say, “…the car is built upon a new revolutionary technology: the engine!” The engine becomes inadvertently understood as the sole “revolutionary technology” behind the car. Others begin taking the engines from these new cars and attempt to repurpose them for other items such as skateboards and bicycles. Then they market these new products as “based upon” or “backed by” the same revolutionary technology as the car! Pre-order sales go through the roof, and these marketers make lots of money. Still, their projects fail because they were trying to repurpose a purpose-built solution for products that serve a different purpose. Skateboards already work fine as they are, and they don’t need to be enhanced by heavy engines, revolutionary as their marketers may assert they are.

The car and the engine in this metaphor represent Bitcoin and blockchain, respectively. Both Bitcoin and its blockchain were genuinely revolutionary technologies, but the blockchain was designed specifically for Bitcoin. The attempted repurposing of blockchain to other domains was disastrous. Countless scams and half-baked projects have clouded the name of blockchain in a thick mist of ambiguity and distrust.

The Proprietary Eponym of Bitcoin

“Proprietary eponym” is a phrase used to describe words that once referenced proprietary brands but now describe the generic product itself due to the brand’s immense success. For example, Google, now synonymous with “search”; Hoover, now synonymous with “vacuum cleaner”; Velcro, now synonymous with “hook-and-loop fastener”; Sellotape, now used to describe all tape; Post-it notes, now describes all sticky paper. The list goes on. While Bitcoin doesn’t have any ‘generic product’ versions of itself, it seems that the convergence of blockchain with Bitcoin in the public eye has convinced the market otherwise, and the proprietary eponyms phenomenon has ensued, hence why “Bitcoin” and “cryptocurrency” inhabit the same sentence so frequently. Still, hastily lumping these two concepts together is not only inaccurate but dangerous, too. 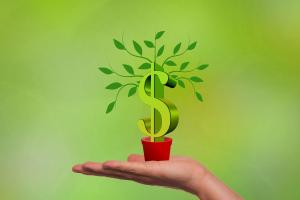 The first reason it is dangerous is the proclivity of swindlers and scammers to flock toward new markets. Every time an emerging industry captures the market’s attention, marketers flood in to capitalise on the opportunity. The velocity of money and the liquidity of assets are very high in these economic environments, and confidence borders on recklessness. Such are fertile conditions for scammers.

Bitcoin was the best-performing asset of the 2010s; this garnered immense attention and presented a significant incentive to turn that asset into an asset class; everyone wanted a slice of the pie. Due to Bitcoin’s nature as open-source software—meaning the code is available for the public to do as they please—people were essentially able to “copy and paste” the Bitcoin code, and they could make a few alterations and re-brand it as something else. It was harmless fun until people saw how much money was in it. Investors have felt like they “missed the train” of Bitcoin throughout its existence, so there’s long been a steady undercurrent of demand for “The next Bitcoin”. This demand gave rise to a plethora of altcoins (any cryptocurrency that isn’t Bitcoin) that attempted to create “The next Bitcoin” by repurposing elements of it. Unfortunately, these projects resemble the skateboard with car wheels in the metaphor above. From this ocean of altcoins, “crypto” was born.

The umbrella-term “crypto” amalgamates everything from NFTs to “Decentralised Finance” and puts them under one label. Unfortunately, Bitcoin doesn’t escape this designation, and the danger of this becomes apparent when considering the vast spectrum of risk across crypto’s constituent projects. Even if we were to remove Bitcoin from the equation, the resultant risk spectrum would still be immensely diverse. Reintroducing Bitcoin only elucidates the magnitude of Bitcoin’s innate divergence from altcoins regarding risk, purpose, and efficacy. Such a significant difference calls into question the rationale behind their shared categorisation of “crypto”. For example, upon hearing qualified individuals speaking of blockchain’s ingenuity, investors may be misled to believe that blockchain improves every project it touches and is emblematic of technological innovation in all instances. As with the car engine, this is simply not the case, and the propagation of this idea puts investors at risk.

Ethereum is a prime example of a skateboard with a car engine. They have tried to repurpose blockchain technology to become a decentralised computer. To do this, they had to increase the file size of the blockchain. A full archive of the Ethereum blockchain is around 10,000GB of data. The average user cannot afford that much storage, so they turn to cloud storage instead. Today, over half of Ethereum’s network is located on Amazon Web Servers. Something that’s not ideal for a “decentralised” project, to say the least. 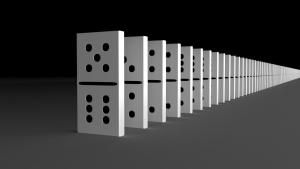 The same hysteria that fuels the over-excitement that defines investment trends such as “blockchain projects” is also to blame for “free-lunch” money-fountain projects. A money-fountain project attempts to build a project where people can make money without adopting risk or providing value. They tend to occur when a market is in a state of euphoria, and people begin losing sight of the fact that there is no such thing as a free lunch. The collapse of the Terra project is a prime example of this. Terra’s stablecoin (UST) was an “algorithmic stable coin”, a branch of crypto projects attempting to create a cryptocurrency that has a stable price by backing it with another cryptocurrency. The idea is that if the price of UST ever falls below $1, users could swap it for $1 worth of its price-fluctuating counterpart, LUNA. Upon swapping UST for LUNA, the swapped UST would be “burned”—destroyed and taken out of circulation. This way, whenever the price of UST falls below $1, the market is incentivised to reduce its supply by swapping it for LUNA, and vice-versa when the price of UST goes above $1. In theory, this creates a self-adjusting supply and demand dynamic that always lands the price of one UST at $1; the key phrase here being “in theory”. So-called “passive income” and 20% interest rates on its lending platform, Anchor, began to paint a picture of a risk-free money fountain. However, after garnering the investment of high net worth individuals and retail investors alike, sudden and immense UST selling pressure sent the Terra ecosystem into a “death spiral”, and the price of UST dropped from $1.00 to $0.006 in just one month.

The innately attractive nature of Bitcoin’s technological innovation garners utopian daydreams of a too-good-to-be-true emerging market composed of money fountains and free lunches. Unfortunately, these hopes and the hysteria surrounding them can cloud the vision of the most astute of investors, leading them to believe that Bitcoin shares the same risk profile as crypto—or worse, that crypto projects are just as worthy of their capital as Bitcoin. Considering the inherent complexity of the topic, it’s hard to blame those who get fooled; when devoid of the correct guidance and education, it’s easy for an unwitting investor’s eyes to be drawn away from Bitcoin and toward the dangerous world of crypto, and even to confuse the two as the same. 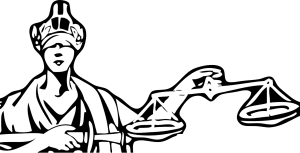 The scope of that for which we are leveraging the fruits of technological development is widening, and so too is the power of those who provide such technologies. Economies of scale and infrastructural monopolies are narrowing the range of buyer-side optionality in many industries. The war on cash is a prime example of this; like all tools, money is a technology, but governments and banks provide it to us in this case. However, the infrastructural monopoly held by current payment rails in effect makes digital bank transfers the only viable option when you want to transact sizable value. This progressive narrowing of optionality causes an over-dependence on a single point of failure, namely, governments and banks; this is a problem. Banks can only do what the government allows them to do, and governments have a lengthy history of overestimating their ability to “centrally plan” and dictate macroeconomic trajectories, often to disastrous results. Whether it be failed attempts at orchestrating entire economies, hyperinflation, governments becoming tyrannical, banks deciding to quarantine entire sectors of the economy, or freezing users’ funds en mass, there’s good reason to believe that separating money from the state is not only a good idea but also a preventative measure against the types of catastrophes their interpenetration precipitates.

Money has existed for thousands of years but has only been a state product for 51 years. If you’d like to see what has happened to various quality of life metrics since the fusion of money and state, visit wtfhappenedin1971. Before the abolition of the gold standard, money was gold, and we used derivatives of gold as a currency for ease of transfer. Since the abolition, governments have been able to print as much money as they like, and the US dollar has lost 87% of its value. This is the problem that Bitcoin was engineered to solve.

Failed projects and scams that occur in the realm of crypto can taint Bitcoin’s mission. Not just from the perspective of retail investors and the like but also from governments and regulators. When crypto falls, Bitcoin grazes its knee. To educate people about Bitcoin, we must stop talking about crypto. If we want Bitcoin to flourish, we need to sever the reputational tether. Otherwise, crypto is fated to drag Bitcoin through the mud alongside it.

If you want to learn more about Bitcoin, check out our blog.