The number three feels… whole. It’s perhaps the number that shows up most often in the world.

That’s an old Latin saying, “Everything that comes in threes is perfect”. The phrase consists of three words… a fact many would say makes the quote perfect, proving the saying right while adding to its poetic potency. Still, it’s fair to wonder why it seems to be the case that the number is somehow… special.

The number three is present everywhere. We base most religions around some trinity.

Every time you have gone anywhere, you’ve only used three directions: left/right, forwards/backwards and up/down. All other directions are just some combination of those three. Even the way we perceive time is threefold: the past, the present and the future. All governments in the U.S. consist of three branches: executive, legislative and judicial.

Why Chairs Work (The 3 Pillars of Chairs)

Your experience of reading this article requires three: the writer, the words, and the reader. Everything is supported by threes. Try sitting on a chair with two legs; you won’t last very long. A chair requires three legs to support you. You could have more, of course, but all you need are three.

A chair with only one leg is not a good chair. Even if you could balance yourself perfectly upon it, you’d have a “Single Point Of Failure”. 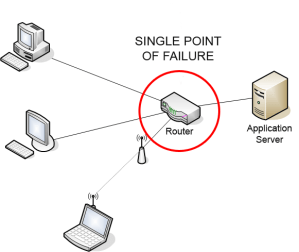 “Single point of failure”—or SPOF for short—is a term used to describe a situation in which the effectiveness of something hinges entirely on a single precondition remaining true. For instance, the precondition for the single-legged chair is that the single leg remains in one piece, and if the leg snaps under the weight of the person upon it, the whole chair is destroyed. Another example may be a plan to go to the shop for milk; it hinges on the shop having milk in stock.

The way you store your money also has a single point of failure: banks. Your plan to someday use the money you have stored in your bank account hinges entirely on the assumption that the bank will let you do so. If this sounds crazy, just see our previous post, “Tankruptcy in China”, where Henry detailed the videos of TANKS guarding banks which told their customers that their savings are now considered “investment products” and CAN NOT be withdrawn.

“Oh, but that’s in China!” you say… not quite. Executive order 6102 forbid the ownership of gold in 1930s America and saw the government stealing confiscating citizens’ gold.

But complete ex-communication isn’t the only SPOF; you don’t have to have your money completely stolen to be disaffected by this. Payment processors could censor you, banks could freeze your account at a bad time, or your central bank could just decide to make your money worth less, or in some cases, worthless.

Why Bitcoin Works (So You Can) 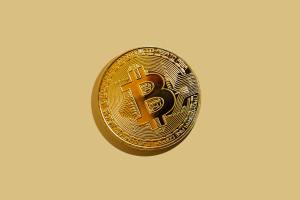 Bitcoin fixes this. Rather than centralised routing, where all connections are made through a single intermediary, Bitcoin nodes connect peer-to-peer. This does help to prevent SPOFs in the network, but it’s not all that’s required for Bitcoin to achieve that world-famous ‘decentralised’ title.

See, Bitcoin is more than just peer-to-peer networking and communication; it involves value, and value must be secured. To be truly decentralised, how the value is secured and ensured must also be decentralised. Accordingly, Bitcoin’s decentralisation results from multiple things:

Because Bitcoin has all three of these, it can be considered decentralised. Like our chair, Bitcoin’s decentralisation requires all three to support it. The various qualities that make Bitcoin so ground-breaking are only afforded to it because of these three attributes.

All those attributes can be considered Bitcoin’s foundations of decentralisation, and they are the very things that make it decentralised.

However, it’s not enough for Bitcoin to be decentralised; it must also serve as a store of value. To do that, it must again satisfy two more parameters, creating another triad; functionality and intersubjectivity. In other words, it must work in practice, and we must collectively agree that it exists; it must be usable and real. ‘Decentralised’ was an attribute resulting from the interplay of many subsystems, and the same applies to both ‘functional’ and ‘intersubjective’.

However, Bitcoin is so awesome because it does all of this without forming any SPOFs. Bitcoin’s plan doesn’t hinge on any single thing. Nobody can decide that you can’t use your money. Nobody can choose to take the network down for a day. In short, nobody can tell you what to do with your money, and it’s for precisely that reason that Bitcoin is your money.

Money compensates for the work that you do—or more specifically, the value you produce—to earn it. If the money which compensates for your work is not also yours, then the work that you do is not yours either. The citizens of China discovered this when their government informed them that the life savings they had worked their whole life for were no longer available for them to use. The subtext of that statement is that the work they did their whole life was not for themselves; they were working for the state.

If you want to own your life’s work, begin saving in Bitcoin—not fiat—over at FastBitcoins.com, and learn more on our blog.