China has always been ‘hush, hush’ with negative news, but it looks like even they couldn’t plug the widely circulating videos of bank protests within the Henan Province… 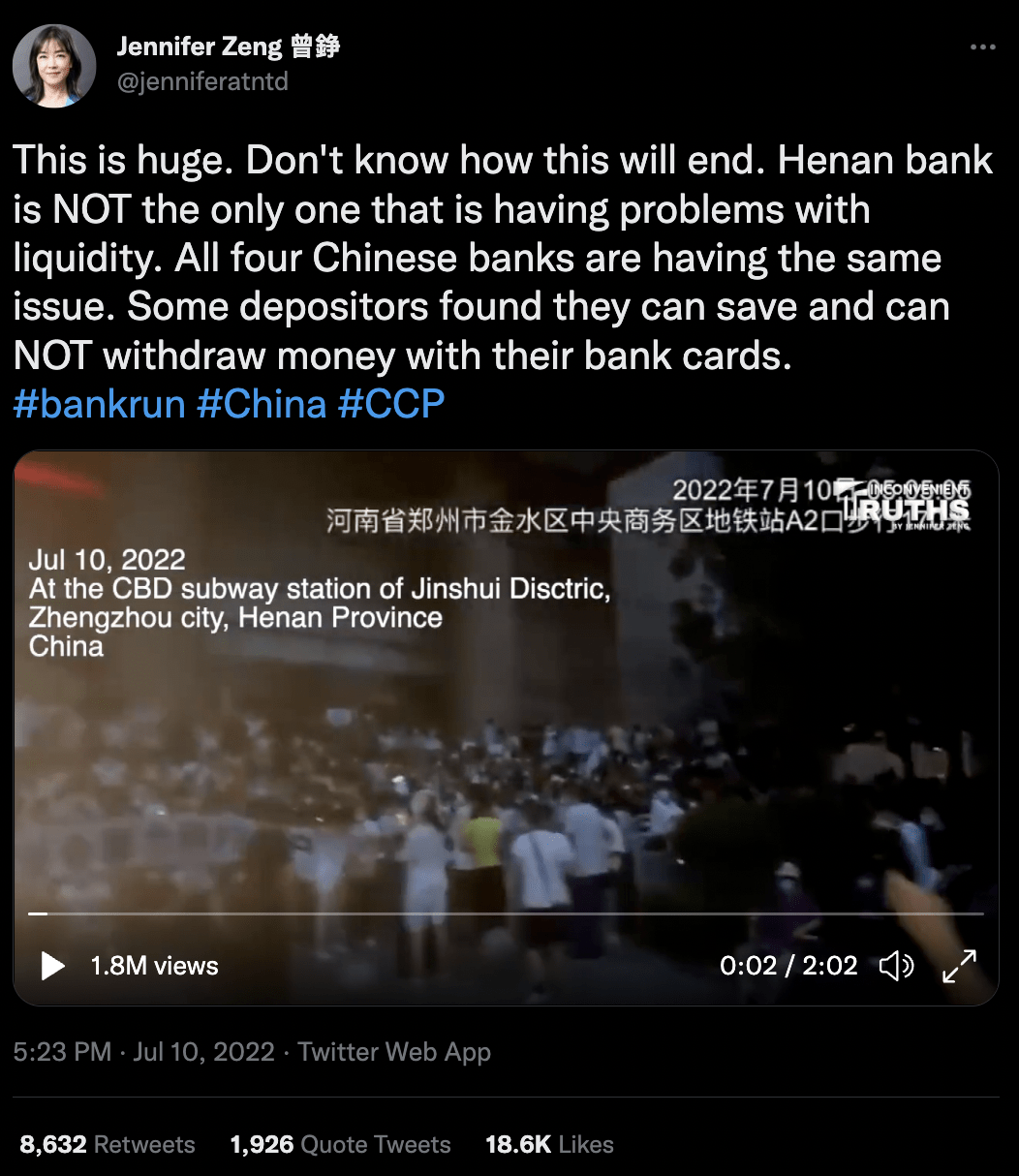 According to reports, four banks are suspected of having frozen around 39bn yuan ($5.8bn) of depositor money.

This has been going on since APRIL!

Imagine being told that your life savings have been frozen… and no one contacts you again for 3 months.

Authorities put down protesters who were demanding their savings be unfrozen, but they were told that the money would be released, although the victims are understandably dubious.

Worse still, it’s suspected that authorities utilised the covid app to restrict protester movement by preventing them from entering public buildings, using transport or even leaving the city. Quite scary if true.

We all tend to think that something like this wouldn’t happen here… but things can happen faster than you realise. And they can happen anywhere.

That’s not to say that everyone should jump straight onto the Bitcoin boat, but it’s probably smart to have at least one foot in a system that lets you be the bank.

How much you’re in that boat will depend on your situation and knowledge.

There’s still a massive misconception that you can only buy a whole Bitcoin; this isn’t the case. You can buy as little as $1 worth of Bitcoin.

You can create a simple savings plan that auto buys a fraction of a Bitcoin (sats) daily, weekly or monthly. You decide the amount and frequency.

Most people shouldn’t dive straight in and lump sum buy.

Bitcoin gives users full control over their money, but it comes with responsibility.

Start slow, and build a strong understanding of what money and Bitcoin are.

That’s where we focus our efforts at FastBitcoins.