Epictetus was a first-century man. Acquired at birth, he spent most of his years as a slave in Rome during the height of the roman empire. In fact, his name ‘Epictetus’ is not his birth name; it’s just greek for ‘acquired’.

But what was it about Epictetus’ philosophy that captivated so many? Well, that’s a question that would require a whole book to unveil, but luckily for us, such a book exists: Discourses of Epictetus. Contained in that book is more than I could comprehend, let alone give an accurate representation of in the space of one article. Still, there was a compelling theme throughout its entirety, and that was the theme of indifference.

The Stoics believed that we could split everything in life into two categories:

They considered things outside our control to be no different than the weather: indifferent. When it rains, it’s not that the sky is ‘evil’ or ‘out to get you’. The sky doesn’t concern itself with you; it’s indifferent.

Although the weather is indifferent to our needs, it still does a pretty good job at regulating the conditions required for the growth of plants that sustain us. It doesn’t do this ‘to help us’, and it doesn’t always get it right either. Still, if you look back on a long enough time frame, the weather is responsible for your very existence—and the existence of this article, too—so I guess it’s safe to say that the weather has done a pretty good job at sustaining us so far.

But what if the weather wasn’t indifferent? What if we could control it?

Well, we humans tend to have quite a limited scope of understanding. What’s worse: when we have little knowledge, we think we have a lot. It’s called the Dunning Krueger effect: 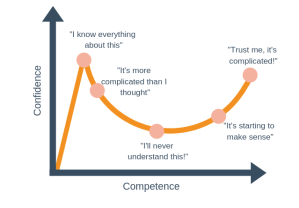 Here’s what I would assume would happen if we had control over the weather five thousand years ago: At first, we consider ourselves very smart for noticing that the sun makes us happy and healthy, gives us a sick tan, and even helps plants grow through photosynthesis. Based on this irrefutable empirical evidence, we proceed to ensure that it is sunny all day, every day. A drought ensues, plants dry up, we go hungry, and everyone dies.

Okay, I don’t know what would actually happen, but my point still stands. Humans have had a long-standing tendency to believe that we understand complex systems simply because we have a solid theory about one minor aspect. We also tend to allow this overconfidence to drive us into a delusional belief that we can centrally plan and prescribe a solution to problems we just barely understand.

The Inventor of Hand-washing

For example, Ignaz Semmelweis was a Hungarian doctor who began working in the Vienna General Hospital’s maternity ward in 1846, shortly after graduating from medical school. He was bothered by the unsettling amount of deaths amongst the women in one of the wards. 13-18% of the new mothers were dying of childbed fever—a considerable departure from the expected 2% mortality rate in the hospital’s other ward. At this point, 17th-century humans didn’t yet understand the science around bacteria, but Semmelweis was beginning to develop a theory.

Semmelweis proposed that everyone wash their hands in a chlorinated lime solution before entering the troubled ward. In a matter of months, the mortality rate in the affected ward dropped to 1-2%. The medical community commended him for his discovery, and he went on as a living legend until his final days… except not really. He was fired from his job for contradicting the current understanding of contagion before being ridiculed by the medical community and admitted to an insane asylum. Four years later, he died from an infected cut on his hand… talk about poetic injustice.

Not only did we think that we understood the nature of the illness enough to disregard Semmelweis’s theory, but we were also so hard-headed in our belief to fire the man after his theory worked… all because of what we couldn’t yet see, both metaphorically and literally.

In contrast, the ‘legacy financial system’—central banking and fiat currencies—are not indifferent. We do have control of them, and when I say ‘we’, I don’t mean us; I mean a central planning entity known as “the government”. Like the 17th-century medical community, this entity doesn’t know what it doesn’t know. It can only make decisions on evidence that it is currently able to acquire, utilising theories that are popular today.

Today, the government is responsible for overseeing and regulating the economy: the method by which we ‘grow’ value into society and become more resourceful as a species. However, just like the humans who could control the weather, we have a bias towards prioritising what’s enjoyable and mistaking it for what’s good. Printing money is one of the government’s favourite means of exercising control over the financial system. This act favours what’s enjoyable (not having an economic meltdown now) for what’s good (implementing a system that doesn’t financially suffocate your citizens and progressively cultivate an inevitable economic disaster).

By printing money, governments can ‘shine more sun’ on the soil of society. This sun looks and feels good; stocks go up, and people get richer (by dollar/national currency measures, at least). However, the rain is always waiting for its time, and the more sun we shine, the more rain will be required to counteract the resulting drought. 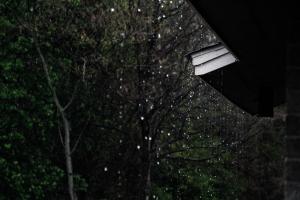 So, do governments allow the rain to pour? It has to pour at some point, but in a world of short political terms and reputations to maintain, the question becomes: when? Unfortunately, the answer to that question seems to be ‘never’. For some, acknowledging that “there ain’t no such thing as a free lunch” is just too much, and they would rather develop a whole school of economic thought that essentially says, “yes, there is”.

Modern Monetary Theory (MMT) is precisely that. The first result on Google for the definition of MMT is as follows:

“MMT is an economic theory that suggests that the government could simply create more money without consequence as it’s the issuer of the currency, according to the Federal Reserve Bank of Richmond.”

If that explanation sounds off, it’s because it’s practically insane. The whole idea loses credence immediately as soon as you realise the phrases “simply” and “without consequence” are used in the same sentence as “economics”. If you know anything about how economics—scratch that—if you know anything about how complex systems work, you know that ‘simple’ and ‘without consequence’ can only be used to describe them if you have a severe case of intellectual arrogance (or perhaps, ignorance). The two terms should also trigger alarms for totalitarianism since it implies a ‘total’ understanding of the topic of discussion.

The same type of arrogance led to the demise of the man who invented hand washing, Ignaz Semmelweis, despite the obvious results of his theory.

The results of MMT are pretty straightforward; just visit ‘wtfhappenedin1971.com’. The site features many metrics for gauging a nation’s health, all of which have gone to sh*t since the introduction of financial practices resembling MMT. Namely, removing gold from the monetary system and giving governments full power to print as much money as they want, whenever they want.

Here are a few of such charts: 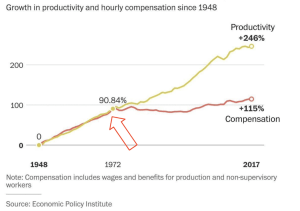 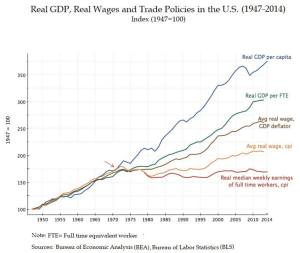 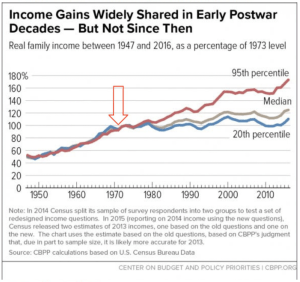 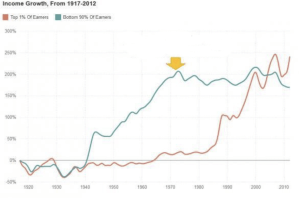 So, is Bitcoin evil? Since it is out of our control, it is not evil. It is indifferent. Indifference may not sound good; we often associate it with a lack of empathy. However, Bitcoin cannot experience empathy regardless, so we are actually asking, is it good? This question requires some criteria against which we measure its ‘goodness’; depending on who you ask, you will receive a different answer. Those who wish to control the monetary system will say ‘no’ since it goes against their goals. Those who want control over their own money will say ‘yes’ since it aligns with theirs. But the truth is that Bitcoin doesn’t care what we think. Bitcoin will continue functioning regardless… which is precisely why I consider it good.

God help us if we were to design a society around a form of money predicated on the permission and promises of the portions of the population—particularly populist politicians—most popular for compulsive dishonesty.

If you have the guts, expose yourself to the weather, and avoid the incoming economic drought that ensues, by exiting this wild financial system and buying Bitcoin over at FastBitcoins.com, or follow our blog to learn more about the importance of this technological and economic transition back to indifferent money.