Describing something complex in one word isn’t easy; even Biden had trouble describing America…

‘Asufutimaehaehfutbw’ – Leader of The Free World 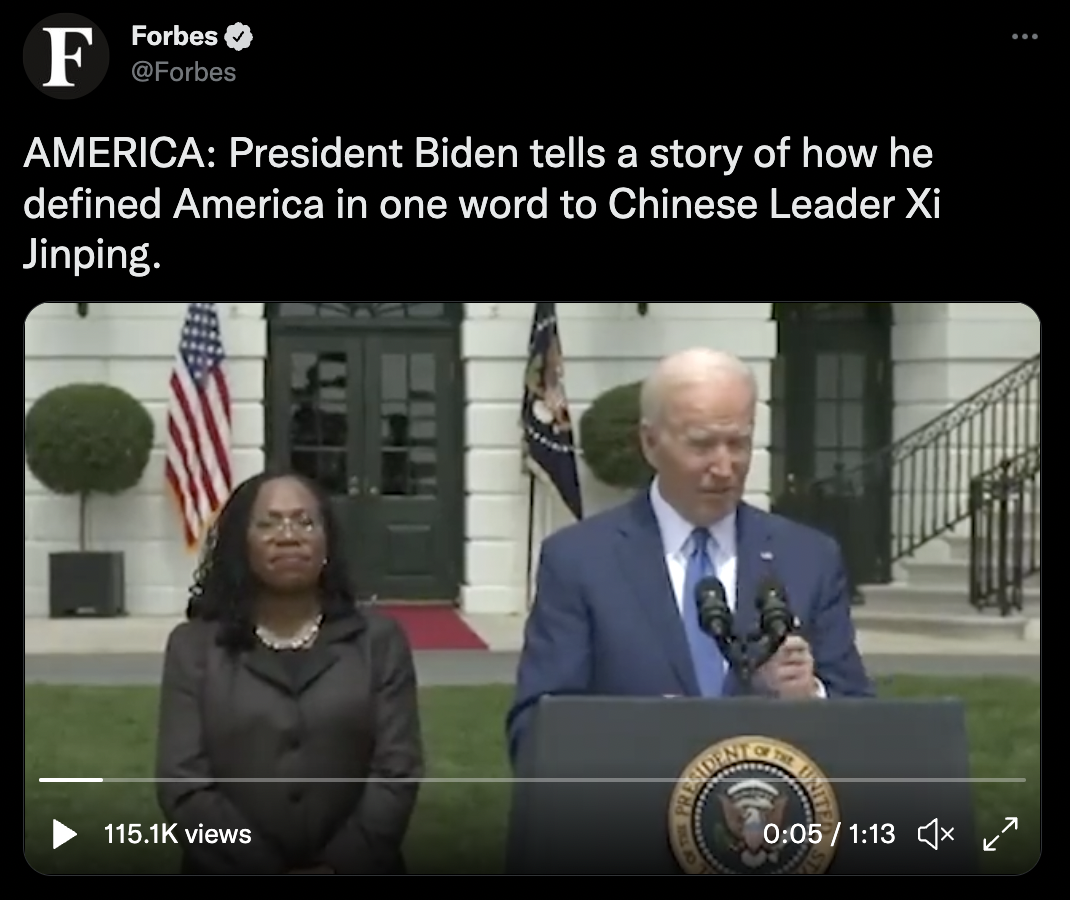 Ok… it’s a joke, but we can relate because you can’t really summarise everything in one word.

I think he actually meant to say ‘possibilities’ in the end.

Like America, Bitcoin means something different to each individual.

It’s hard to nail it down to just one word.

It all depends on individual circumstances.

Some people have short-term problems that draw them to Bitcoin, while others have the big picture in mind.

Neither is necessarily wrong in that moment and circumstance.

That’s what makes Bitcoin what it is.

America is a country… but it’s also ‘Asufutimaehaehfutbw’

What is it to you right now?

What do you want it to be in the future?

What could it mean to other people you know?