Margin Call is a film set during the onset of the 2008 financial crisis that revolves around an investment firm. 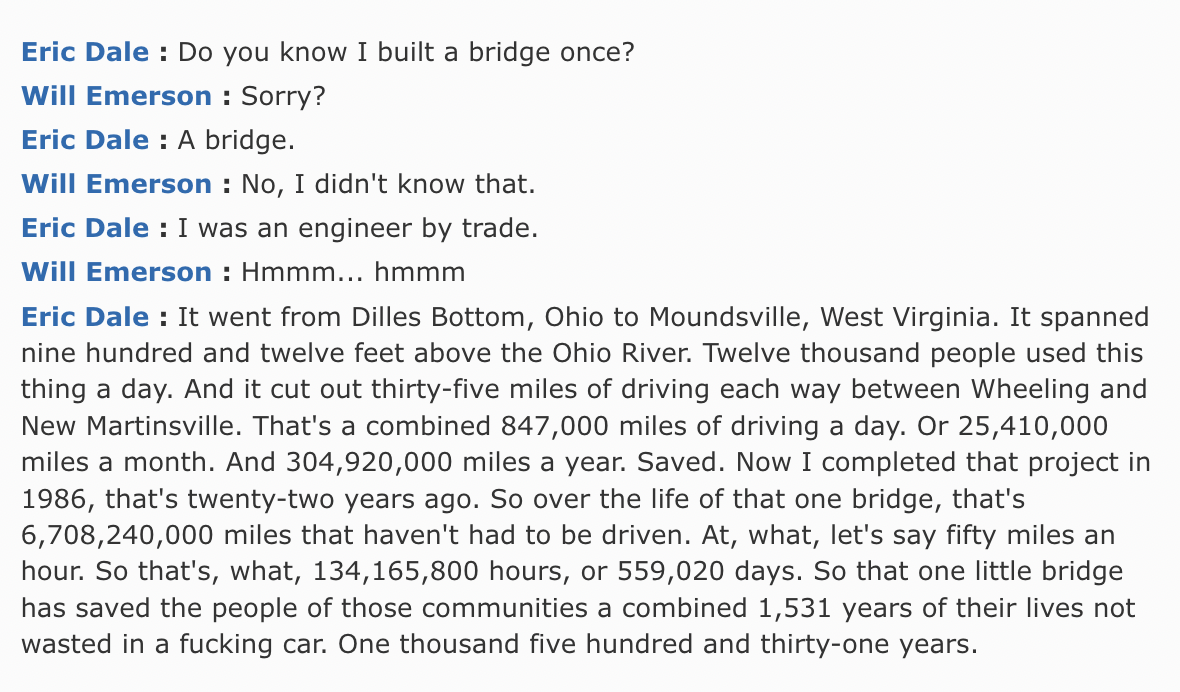 We’ll come back to that…

We live in a world of “more is better”.

It starts with the money. Then it flows over into every other aspect of our lives.

Before we know it, we’re on the merry-go-round chasing more money to buy more things we don’t even want.

Fiat money encourages growth for the sake of growth.

As long as the numbers go up, then it’s successful.

But the numbers don’t always reflect productivity and value.

This is what Bitcoin measures.

Before the financial system exploded in 2008, heaps of money were being made, but hardly any value was created.

The money generated didn’t actually represent productive work but rather a glitch that was being exploited.

When you no longer have to produce work for value, something is broken.

Easy money enables fast growth, but it doesn’t matter how much ‘free’ money is created. Eventually, the ‘work’ part catches up.

Our character above—Eric Dale—was reminiscing about how he once did something valuable. The bridge he helped build saved people’s time. It had a real impact on the world.

At the investment firm, he managed risk.

Those who produce will begin to question why they should exchange their value for something that requires no work to create?

Proof of work is required for productivity and Bitcoin is backed by proof of work.

What do you want to receive for your work?