Even if you’re not too familiar with The Lord of the Rings films you probably get the general gist – the bad guy creates a ring of power, and someone has to destroy that ring to save Middle-earth.

What makes the One Ring so powerful wasn’t that it just made you invisible, its power was that it controlled the other rings made by Sauron, and those rings were held by leaders worth controlling.

Destroying the One Ring was very simple, all you had to do was throw it in the volcano where it was made, but in doing so, you were giving up all of that perceived power. Greed and temptation would take over. 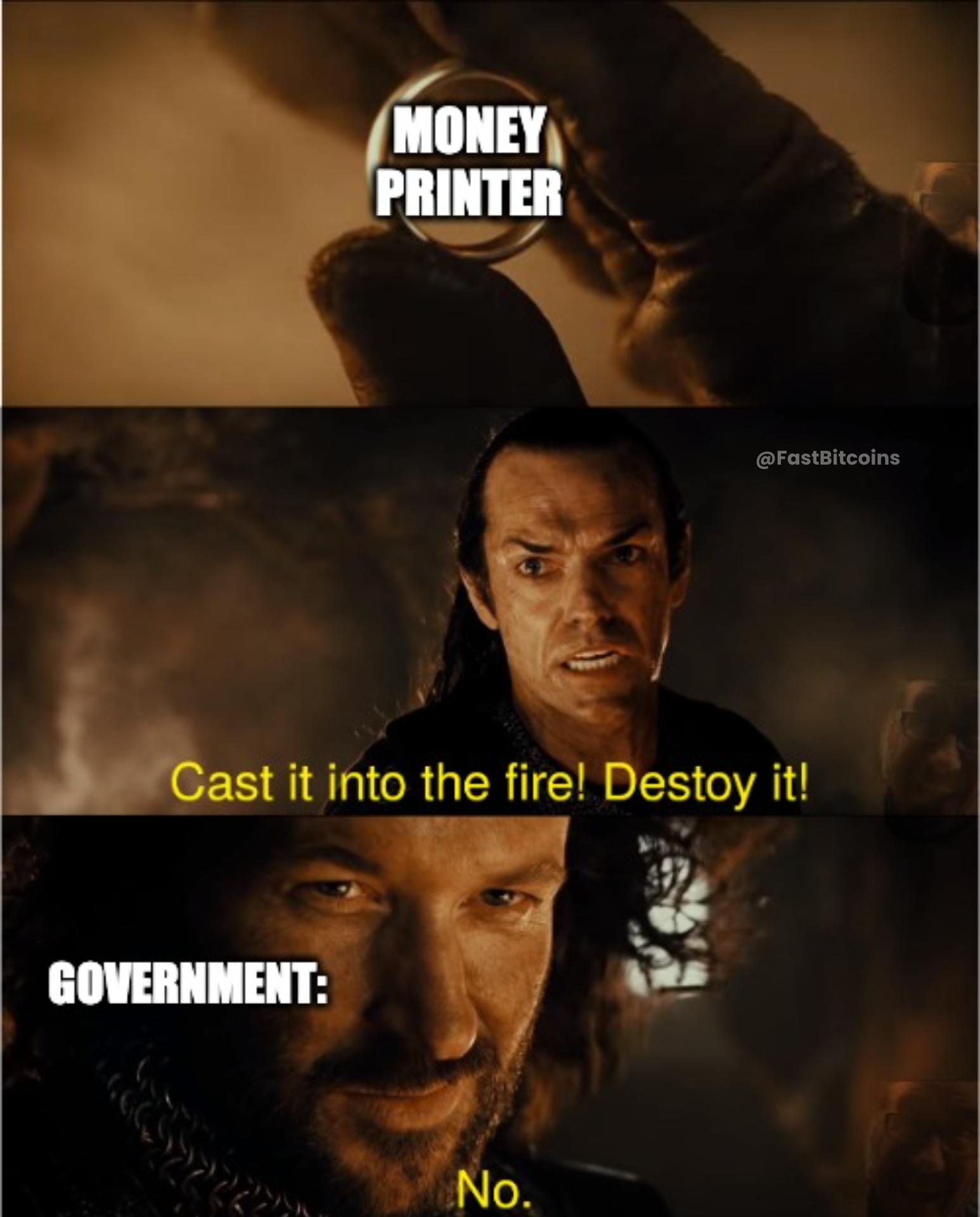 Frodo was chosen because it would be harder for him to become corrupted, and even then, when it came time to destroy it, he could not do it. He became corrupted by its power.

Most people hope that they can vote someone into government who will be responsible with the money again.

But they fail to understand just how tempting absolute power is.

And dominance over the ability to create money at will is an absolute power no one can control.

Like the Ring, having command over a currency like the U.S. Dollar allows you to ‘purchase’ and control leaders all over the world. You don’t even necessarily need to fire a bullet (although they like doing that as well), it’s more about subtle control and manipulation of everything through the money.

Like the Ring, those that get close to this power become corrupted. Even if you start your journey with moral aims, the temptation is just too strong. This is ultimately why gold would be doomed to repeat history. Its limitations make it vulnerable to being controlled, and people WILL seek to manipulate it eventually. 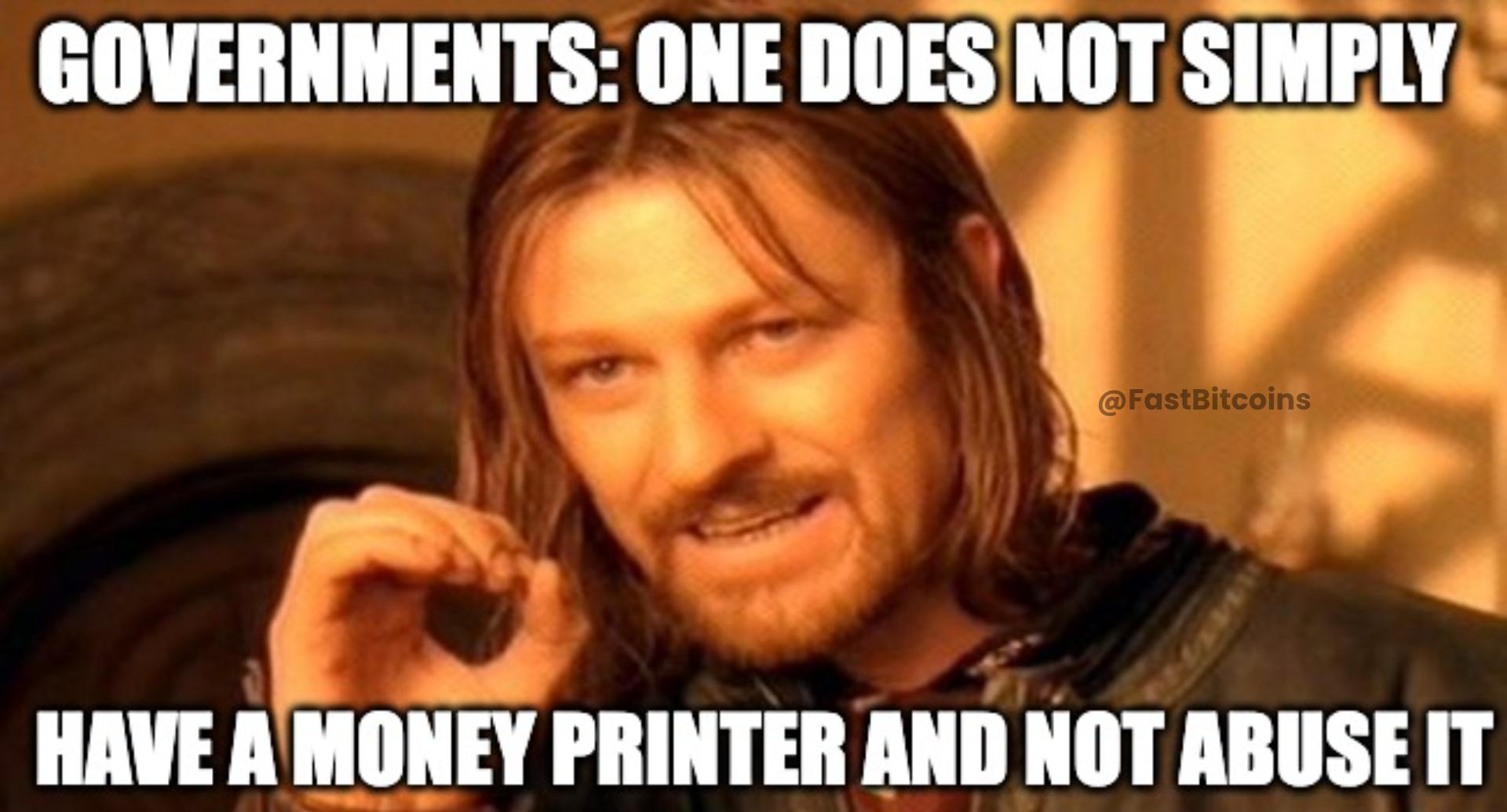 We want to fix the money and fix the world.

They want to exploit the money and control the world.

This is ultimately why we believe Bitcoin fixes this problem and finally casts the money printer into the fire for good, taking away this ultimate power.

Even if Satoshi were to return today, it doesn’t matter. In some ways, he managed to throw away his own ‘ring’.

With Bitcoin, we don’t need to rely on a modern-day ‘Frodo’ to save us and be responsible with the money. There’s no political candidate we have to place all of our hopes in.

We can be responsible.

There isn’t a central point of power or failure.

Control of fiat money gives the few power over the many.

Bitcoin gives individuals power over their life and money… if they control their private keys!

If you seek sound money savings that you can control, then you might want to begin auto-saving Bitcoin at FastBitcoins. We make it easy to save and withdraw to your own wallet.