The St. Louis Fed has been cracking up Bitcoiners on Twitter by comparing eggs priced in Bitcoin with the U.S. dollar over on their FRED Blog. We’re not ‘yolking’… 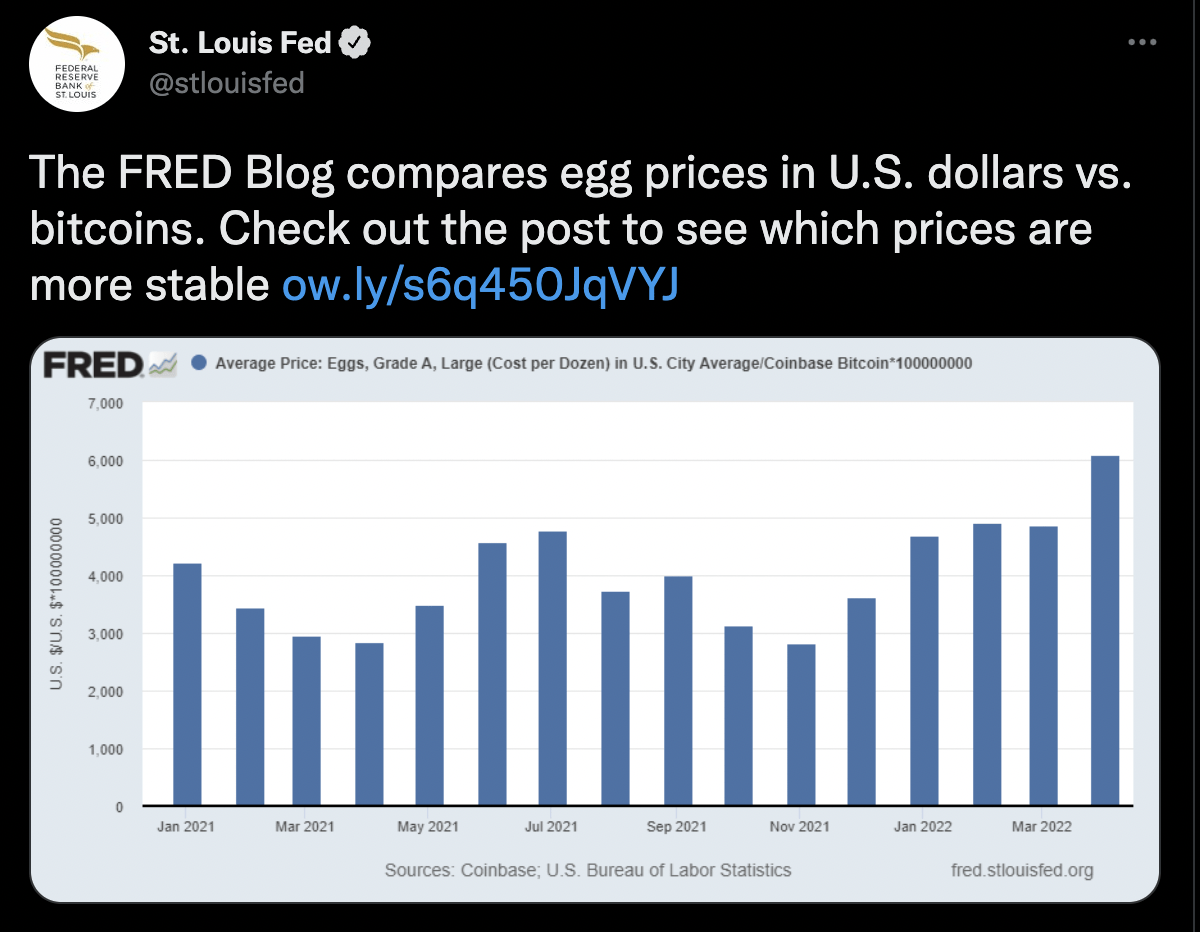 It’s interesting not only because they failed to zoom out… 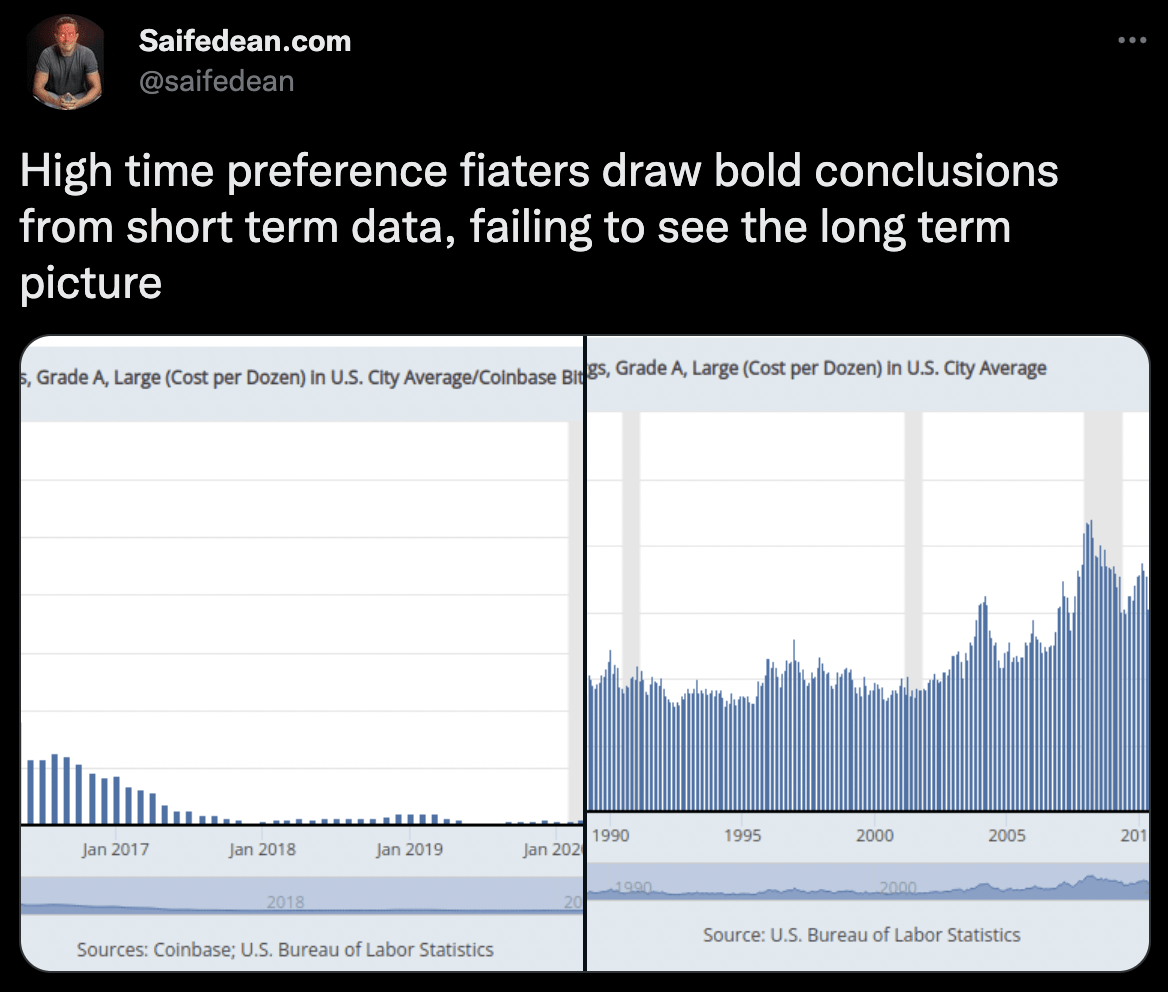 But because they view Bitcoin as a competitor on some level.

They think they’re just dunking, but it shows that they see Bitcoin as a real threat that they need to actively discredit. It’s quite timely considering the current inflationary climate.

Everyone wishes they had bought Bitcoin way back in the early 2000s, but most people (outside of Bitcoin Twitter) wouldn’t even think of holding beyond an extremely short time horizon.

Fiat money seems to have a habit of making people forget the past and ignore the future (especially at the Fed). It pushes people into a high-time preference mindset. This is why so many miss where Bitcoin comes from and where it’s going.

Bitcoin is becoming sound money in real-time. This doesn’t happen without volatility. But those that take a closer look can see the solid foundation and the speed at which this network is developing.

While the Fed and many other others will continue commenting on brief snapshots of Bitcoin (it’s all good for more exposure), we’ll continue focusing on the bigger picture over here at FastBitcoins – if you want to save sound money for the future, we’ve gotchu 😘