When the traffic light crossing shows the red character, most people stop and hold back, even if no cars are coming.

There might be a group of people waiting for the light to change, and then someone new arrives…

They look both ways and just walk across. 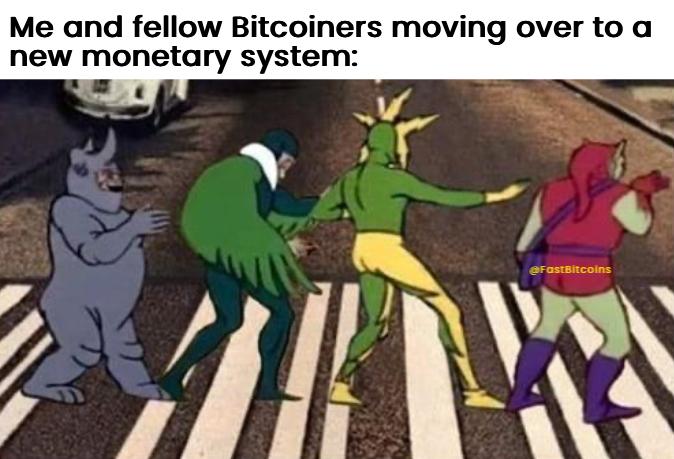 At this point, a couple of people begin looking around sheepishly, and then a few more people cross despite the light not changing. It starts with a handful, then everyone left feels a bit silly waiting when the road is clear, and they also cross.

Eventually, it reaches the point where it doesn’t matter if a car is coming or not because so many people are now crossing that there’s a ‘safety in numbers’ feeling.

The same person who was diligently waiting for the light to turn green is now crossing the road with 20 other people in central London and getting beeped by an angry taxi driver, yet they are unfazed.

That’s how quickly things can change when people feel safe in a group.

We’re at a point where people are watching Bitcoiners walking to the other side of the road.

Watching people moving over to another monetary network.

Watching them save and store their value outside of the traditional system.

But most are still tentatively waiting.

“Won’t the governments stop it?”

“I don’t understand it”

Bitcoin is still so early, but the network is quietly growing and spreading while the world becomes increasingly chaotic.

More and more people are crossing, and eventually, people are going to stop waiting until they’re told it’s ok to go.

For those that are already moving over? We’ve got you at FastBitcoins! Crossing over from the old system to a new one is a journey unique to every person, and we’re here to make it as easy as possible to accumulate sound money and help you learn more about what’s on the other side.