Late last year Fed Chairman Jerome Powell retired the word ‘transitory’ for describing inflation after it became clear that it was becoming the ‘new normal’. 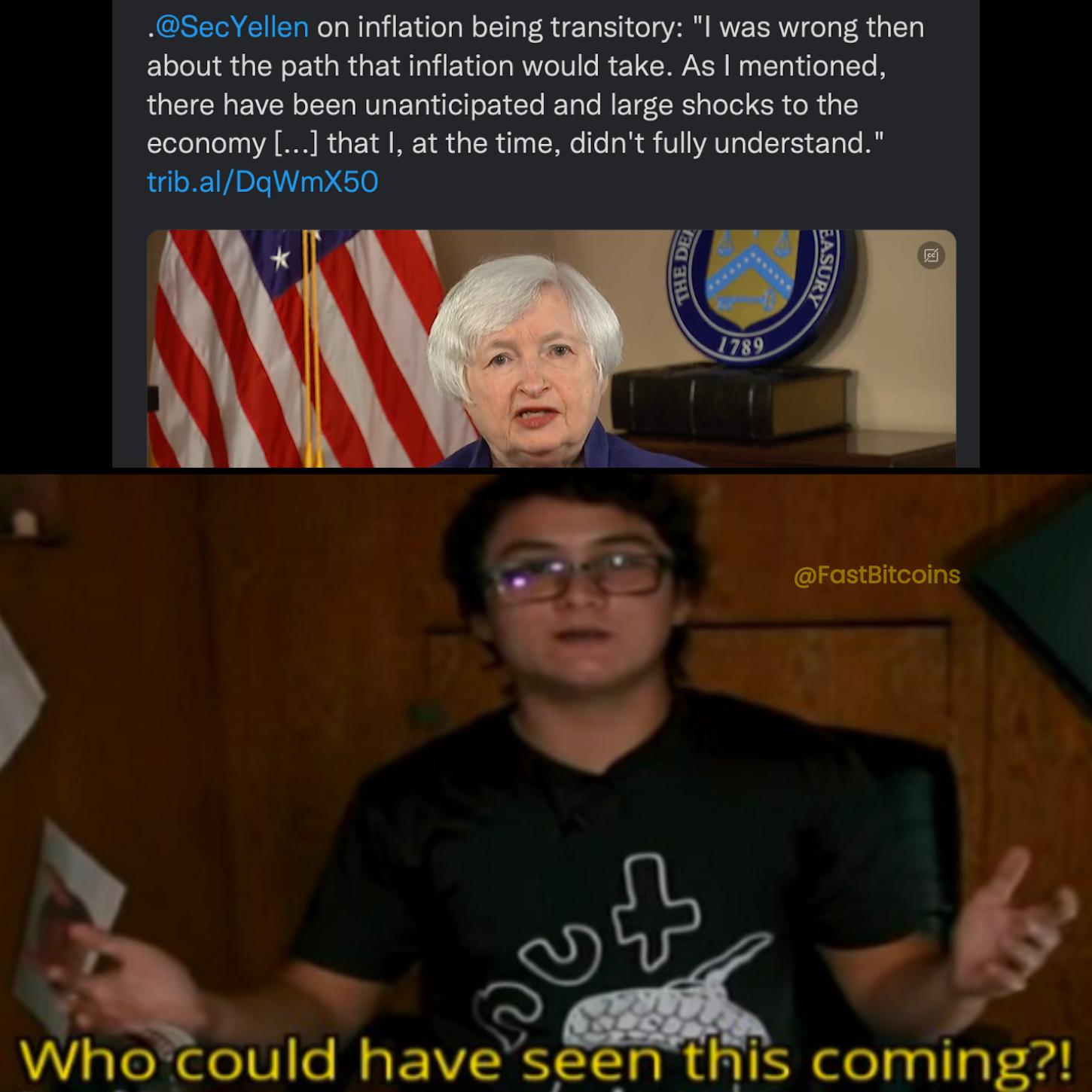 “I was wrong then about the path that inflation would take.”

If you’ve been hanging out on Bitcoin Twitter over the past couple of years then you probably knew that this was not a small risk, wouldn’t be easily manageable and would most certainly be a problem. 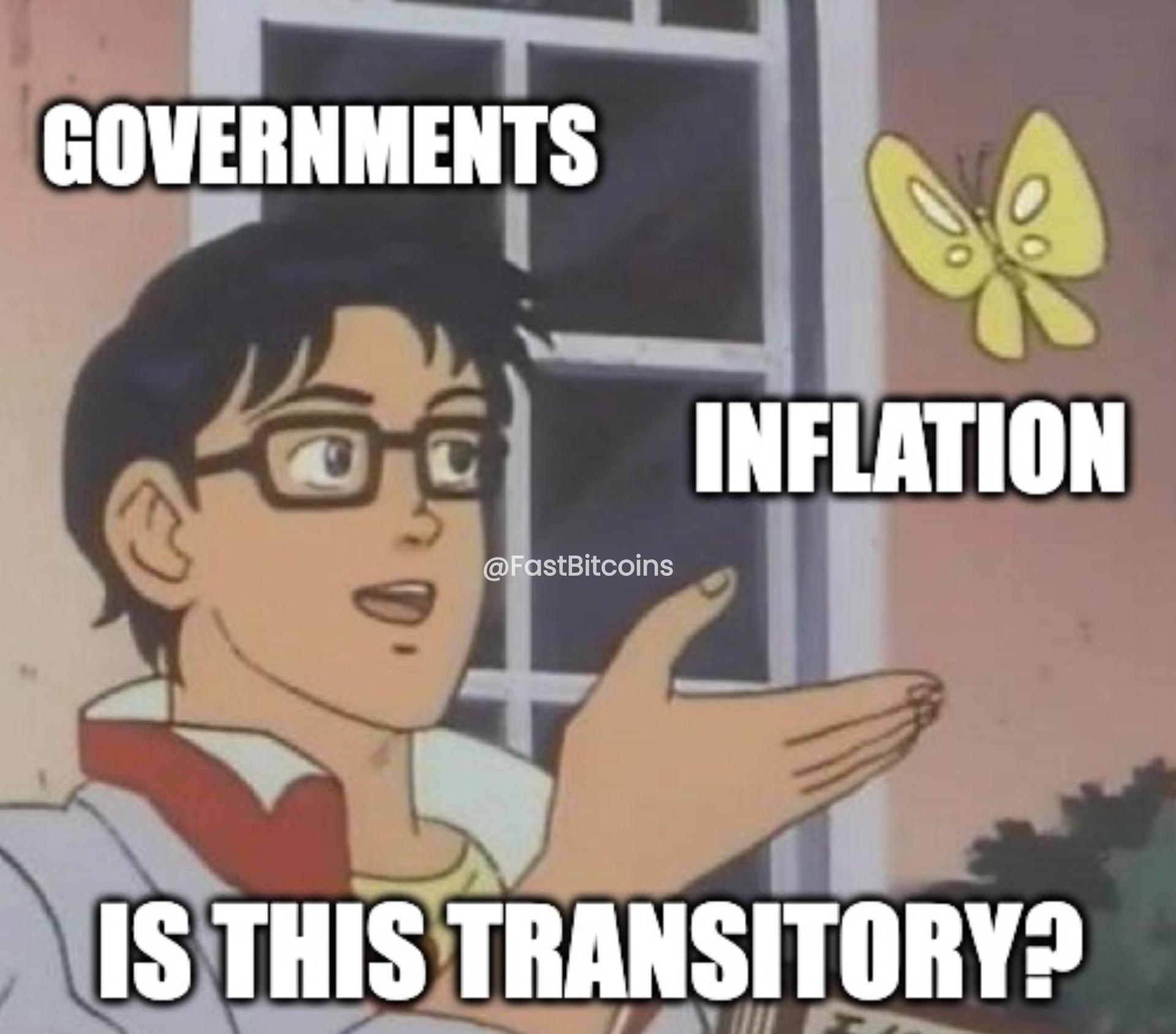 And this was long before covid or the conflict in Ukraine, which have certainly made things worse… but it’s more than just supply chain issues.

It’s a problem with the money.

Creating money from nothing has consequences and it WILL be priced into the market.

And, the worse things get, the more governments will be incentivised to create more money for those struggling as they did during covid. This will ease short-term pain and discourage pushback from those with the least. But it will make things worse.

Bitcoin isn’t just about holding money with a fixed supply that can’t be arbitrarily created by a centralised power. It’s not just about easing the pain of inflation.

It’s about zooming out and preparing for the future of money.

It’s about taking back control over your savings.

If you want to get ready for the future of money, we make it easy to get started at FastBitcoins.