The responsibility grift is pretty strong at the moment.

It’s like “clean your room” has spawned a new crop of ‘life coaches’ all leading with responsibility.

While I agree that taking responsibility for your life is a must if you want to reach your destination (it’s especially important in the world of Bitcoin – “Not your keys, not your coins”), many people take on responsibility… but they still don’t have any real authority over their own money and lives.

It’s common in the workplace; a manager might have all the responsibilities of their team but may lack the authority and power necessary to make the changes required.

Many responsible people got wiped out in the 2008 financial crisis.

They were responsible for their money but they didn’t have any authority or power to avoid the crisis.

They were responsible in an old, broken game.

It’s like trying to go back to an old video game that’s full of hackers, but you’re playing by the original rules and limitations set. No one is going to give you a badge… you just get wiped out. 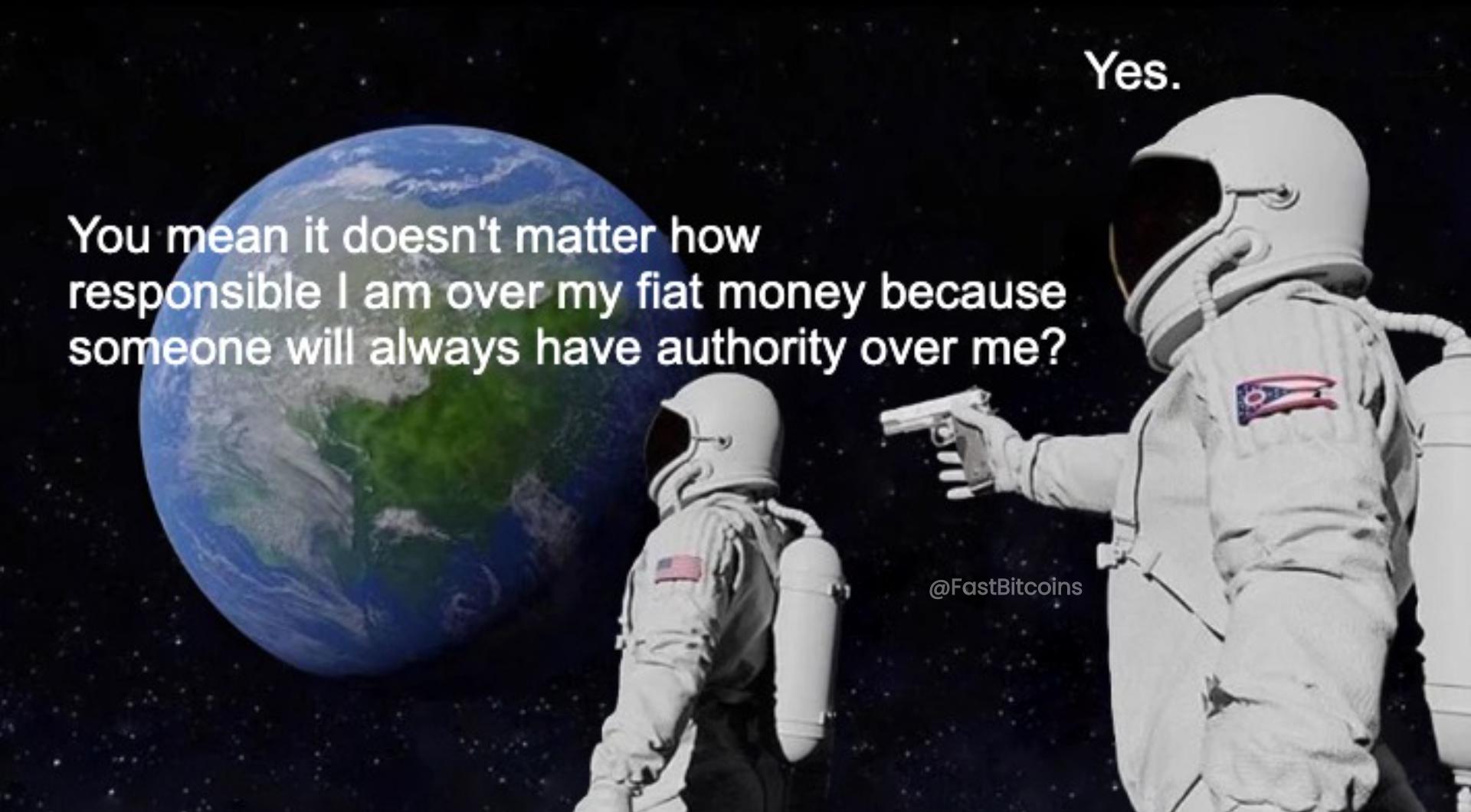 Many hardcore gold bugs are victims of this.

They see and understand the problem far more than most others, and they are more responsible than most, yet they still think that the ‘game’ can be fixed.

They think gold can turn back the clock and return the game to how it was in the good ol’ days, all it requires is for people and governments to be more responsible.

We aren’t going back over the long term. That game crashed a while ago and no one wants to play anymore.

You can’t have full authority in a gold-based monetary system in the modern world.

The genie is out of the bottle, and there’s a new game, and it’s called Bitcoin.

Bitcoin is a game without a centralised ‘game master’.

Bitcoin rewards those who take responsibility, but it also gives them full authority.

If you want to take full responsibility for your Bitcoin, we make it easy for you to save sats and withdraw to your wallet, so the coins are safely under your authority. Check us out at FastBitcoins.