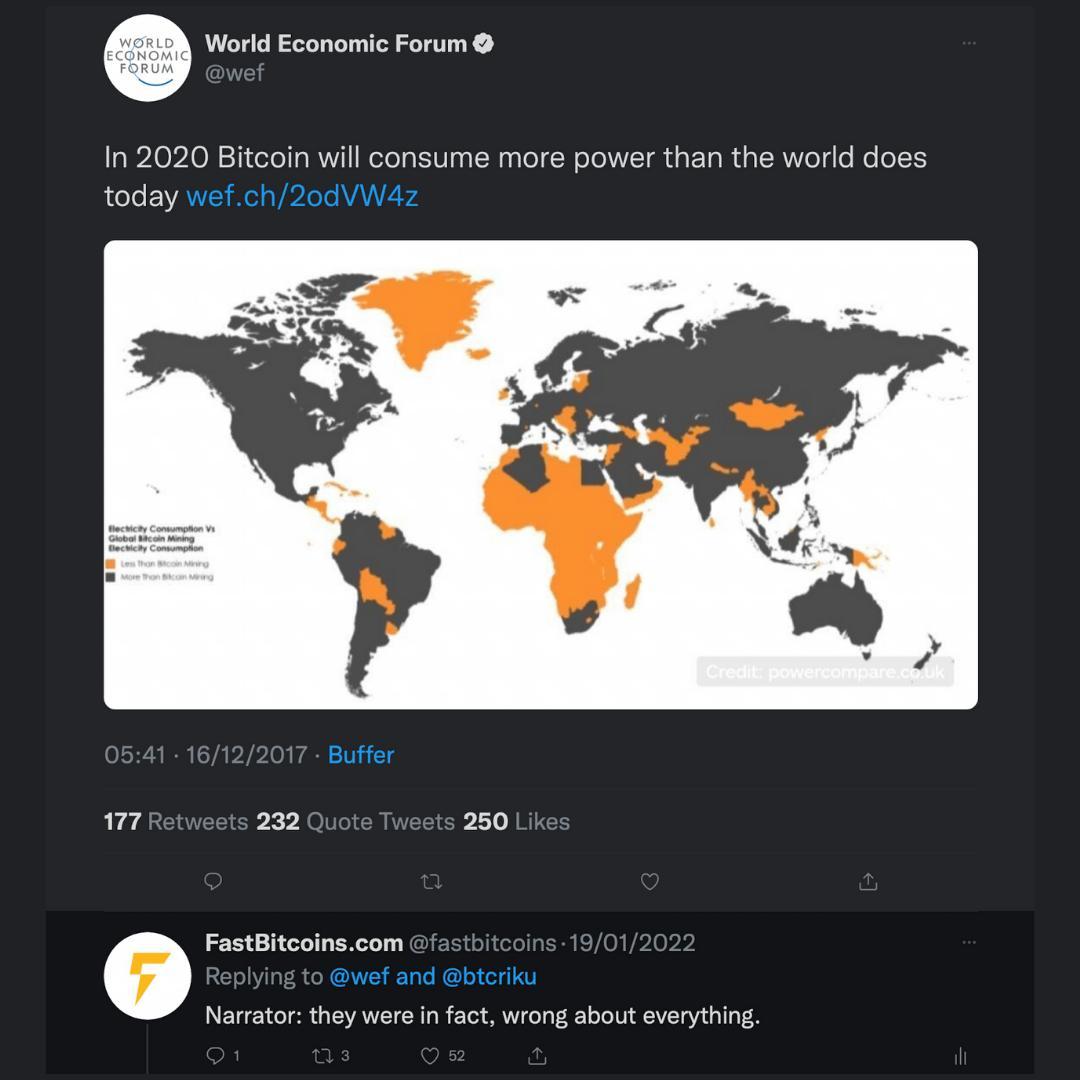 “And by 2020, bitcoin mining could be consuming the same amount of electricity every year as is currently used by the entire world.” – Adam Jezard, WEF.

Narrator: they were, in fact, wrong about everything.

You’d have thought they would’ve revised the article?

Taken it down out of embarrassment?

The article is still up.

Bitcoin’s energy usage is constantly spotlighted by organisations and individuals trying to discredit and criticise the network. While Bitcoin does certainly consume a large amount of energy (this is a good thing), it’s often nowhere near the numbers projected in the mainstream. 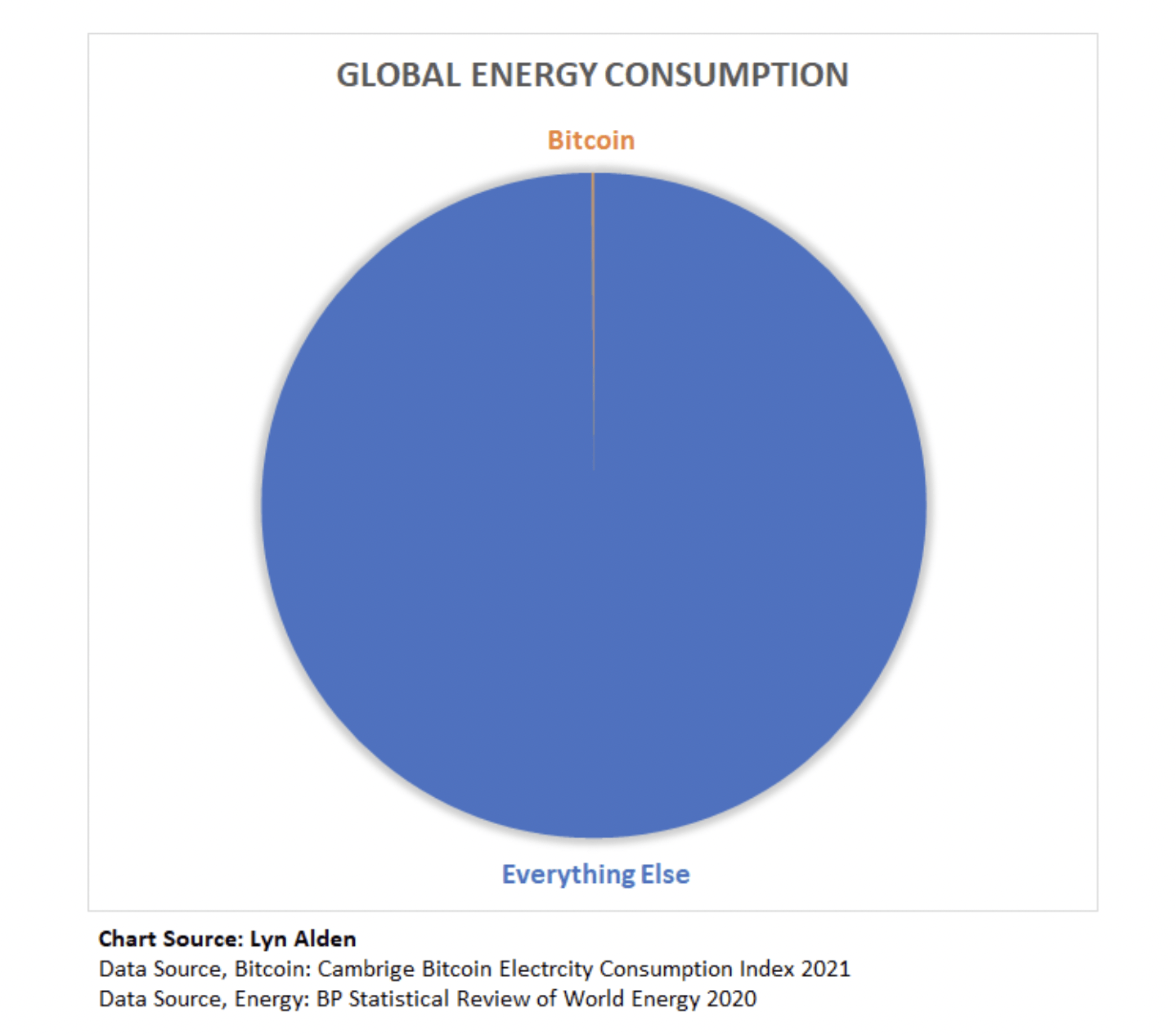 While the WEF will continue to ask, “Can the world afford Bitcoin?”.

We’ll continue to ask if the world can afford inflation.

Can the world afford the time and energy lost due to centralised fiat money and the rampant consumerism and misallocation of capital it incentivises?

Expect more to come in the future from the WEF, and expect Bitcoin to keep doing its thing.

Expect us to keep calling it out.

Want to be part of every Bitcoin block? With our Heartbeat product, you can stack sats every block at www.FastBitcoins.com