FUD stands for Fear, Uncertainty and Doubt. The term is used to describe the types of things that are likely to cause panic in the market. The 5 biggest causes of Bitcoin FUD change all the time; for instance, one primary attack vector against the name of Bitcoin over the past five years has been “China Coin”: the idea that, due to the dominance of China over Bitcoin’s geographical distribution of hashing power, it was somehow inextricably linked to—and centralised in—China. Unfortunately for some, this criticism upon which they primarily relied is no longer viable since, in 2021, China banned Bitcoin mining and quite literally bulldozed boatloads of Bitcoin mining rigs from the face of the planet. China’s share of the hashrate was reduced to zero for over a month. What changed about Bitcoin? Nothing. So, bearing in mind that FUD changes over time, what are the primary attack vectors against Bitcoin as of today?

I’m going to do my best to accurately portray the arguments made in each of these instances of FUD, and then I’ll do my best to provide evidence to the contrary.

FUD #1: Bitcoin is a bubble

Bubble this… bubble that… you’d think Bitcoin was bubble wrap. That rhymed… I’m a poet, and I wasn’t even previously aware. Anyway, back to Bitcoin. The argument that Bitcoin is a bubble is perhaps the most pertinent of FUD. Unfortunately, most people that purport the idea have already made their minds up and have no intention of committing the necessary effort towards parsing evidence to the contrary. This makes it particularly difficult to argue against, not because of the strength of the argument but because of the strength of mind of those who all too often proclaim it. So to save you the bore, I’ll just dispute this argument with a chart; you can do with it as you wish.

FUD #2: Government will shut it down.

This one is a little more interesting. The idea that “the” government will shut it down is an interesting idea, but doesn’t stand against much criticism and hasn’t stood the test of time. One thing I do like about this argument is that it does something that most Bitcoin critiques fail to: it follows the incentives. It recognises that “the” government may have reason to pray for the downfall of Bitcoin, and therefore they will attempt to do so. However, there are a few assumptions made before you can arrive at both the conclusion that harsh legislative action will be the government’s attack vector and the conclusion that such action will lead to the inevitable demise of Bitcoin. Namely, you must assume that the government believes they can kill Bitcoin rather than just stunt its growth (perhaps to an irreparable degree), and you have to assume that illegalization is the only (or best) way for governments to stunt such growth.

There’s also another issue with the argument, and it’s the reason I’ve been putting “the” in quotes when mentioning “the” government. Which government? There are 195. Granted, not all are large enough players on the world stage to leave much of a dent by banning Bitcoin; not every government is as powerful as China. There is one government as powerful as China, however, and that’s China. China banned Bitcoin last year, and because they’re the largest government by measure of the total population under rule, Bitcoin suffered dearly and hasn’t recovered from the ban ever since… just kidding. Nothing really happened. The hash rate that was lost from China created a hole in the mining market that was swiftly filled after hashrate migrated to other jurisdictions. China ended up suffering a loss of economic activity in their country since they essentially eradicated an entire productive industry from the face of their economy. No surprise, then, that hashrate from China began to slowly re-emerge in the following months.

FUD #3: Bitcoin is for criminals 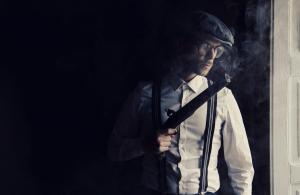 This one is quite funny. You say, “Bitcoin is for all people!” and people cheer, but you say, “some people are criminals!” and suddenly Bitcoin is for criminals. Bitcoin is a technology that enhances the lives and optionality of its users, no matter who they are, and it just so happens that criminals are people, and thus Bitcoin being of aid to criminals is a direct and inseparable result of its practical value. Criminals probably get more use out of phones than Bitcoin… I don’t see any rallies to stop the production of the iPhone 14. Why? Because people want one for themselves, just so happens that they don’t yet realise they want Bitcoin too… but that day will come.

FUD #4: It has failed as a currency 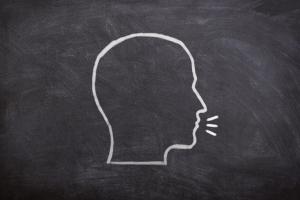 Descriptive words are often comparative by nature. Hard, as opposed to soft. Sweet, as opposed to sour. Bright, as opposed to dark. It just so happens, then, that when new things are invented, language goes through an awkward period in which it doesn’t quite know how to point at the newly invented thing. For instance, before money was invented, do you think we had a word for money? No. The word “currency” is already used to describe existing things, and because it doesn’t quite work to describe a new thing (Bitcoin), people are quick to write it off as unless the new technology fits neatly into a little box they already have cut out to describe things of its nature, people don’t know what to do with it psychologically. This is why people argue over questions such as “is Bitcoin currency or money?” today, when future generations will likely answer the question “What is Bitcoin?” by saying, “What do you mean? Bitcoin is Bitcoin.”. The problem with the question is that you’re asking something new to be described by preexisting things; if it could be described by preexisting things, how new would it really be? Bitcoin is not a currency. Bitcoin is Bitcoin. 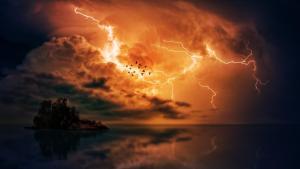 It’s as fast as lightning.