In the previous article, we talked about some potential hurdles to Bitcoin adoption in the language barrier and explored a potential way we could remedy the problem. We talked about he filing cabinet method, a way of employing metaphors to pull from pre-existing mental resources rather than asking the learner to create an entirely new understanding from nothing. So, how would we explain mining to Alice using the filing cabinet method? Let’s give it a go. 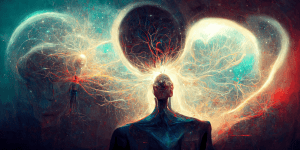 “Imagine you have a room full of ten people standing next to a large corkboard. They’ve all been drawing pictures, and each person wants to pin their drawing to the corkboard. Unfortunately, there’s only so much space available on the board, and if they all put their drawings up at once, they would end up with a mess, so they devise a plan. Each participant is given a Rubik’s cube, and the first person to solve their cube is awarded the right to pin their drawing to the corkboard, but they have to glue their solved cube to the board right next to their drawing. This has another effect: only the best drawings go on the board since people can no longer put anything and everything they draw up without it costing time and energy.”

Step 2: Transpose to the topic at hand 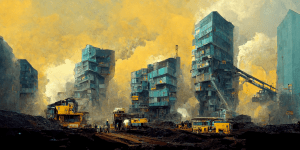 By starting with a model that is already understood—the corkboard problem—anything that remains unclear (such as how mining keeps transactions secure) can be worked through logically and sits on top of a stable foundation already instantiated by the original set-up. Doing this properly often requires complex metaphors since the topic you’re transposing it onto is also complex, and it can take some time. What I have done above was a very simplified version, hence why so much clarification was still required afterwards to fully explain mining.