Peeling the Onion: The Third Layer. (kind of…)

Bitcoin’s popular second-layer network, Lightning, has drastically expanded Bitcoin’s functionality by making some clever trade-offs to achieve faster, cheaper and more scalable transactions. People often get confused by the idea of “layer two” Bitcoin solutions, not just because they were never aware of a “layer one” existing but also because it naturally raises some questions. Namely, having heard the term “layer two”, people will often infer that “layer one” must be the Bitcoin blockchain they’ve been reading about and then assume that “layer two” must be somehow “built on top” of it. This is the most natural assumption, but it often leaves people unsure of how something can be built on top of Bitcoin’s blockchain without becoming part of it, so when they’re told that it’s not a part of it, they question how it can be secured by it. After all, if the network operates in parallel to the Bitcoin network, then from where is its security derived? At this point, telling someone that it’s still secured by the Bitcoin network despite being parallel to it will only confuse them further, so you have to take a few steps back and get to the root of the issue: cryptography. A lack of understanding of the cryptography that underpins Bitcoin will make it almost impossible to explain how one network can secure another separate network.

Cryptography that your dog can understand. 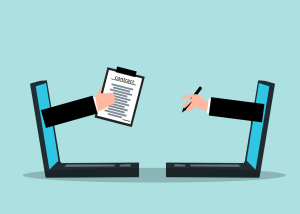 It is possible to prove to your dog that you know where a ball is hidden without showing them its location. How? Go get the ball, and give it to them. This is a very primitive form of “zero-knowledge proof”, essentially providing proof that you know x without disclosing x to the person you are talking to. Now, assuming your dog is very smart and believes that finding the ball is a very hard task, you can also prove to the dog that you have put in a lot of work to find the ball simply by showing that you’ve found it. Now, your dog’s confidence in your energy expenditure is not “secured” by the ball, by you, by the distance between you and the ball, or by your dog; the laws of physics secure it. Bitcoin is the same in this way. It’s not secured by miners, hashing algorithms, or computers; although all those things play a part, it is the laws of physics and maths that underpin Bitcoin’s security. It is often called a ‘zero trust’ solution, but this isn’t the case; Bitcoin still requires trust, but that trust is in the laws of physics and maths, not in the goodness of others. So what does this mean for “layer-two” security? Well, Bitcoin transactions are just information written to a digital file—it may look like “Alice sends Bob 2BTC, <Alice’s signature>” —and using a cryptographic version of zero-knowledge proof, we can prove the validity of all Bitcoin transactions before we even write them to the blockchain. This means that, so long as a transaction is determined valid, it can function like a signed cheque. You can accept a cheque as payment, and the payment is still secured by the bank, even though they’re unaware that the transaction ever took place. The Lightning network—a layer-two network—is essentially a network of people transacting these cheques amongst each other, except instead of a third party like a bank securing it, it’s secured by—you guessed it—the laws of physics and maths. This security remains present since, at any time, one could choose to broadcast their valid transactions to the blockchain in the same way that you could choose to cash the cheque with the bank at any time and ‘settle’ the payment. However, since there’s no third party, you are wholly responsible for your own money.

Being the sole proprietor of your own money was once a given, but in today’s world, it’s a privilege because although you can lose all your money if you’re not careful, you’re the only person who can lose all your money. However, what if you don’t want all that responsibility? What if you’re not able to take custody of your funds? What if you want to ensure that your children can access your money once you die but not before? Bitcoin’s base layer doesn’t provide any simple solutions to this, and neither does its popular layer-two network: Lightning. This calls for a third layer: Fedimint.

Fedimint is yet another parallel network, but instead of resembling peer-to-peer exchange of cheques, it resembles a few trusted parties holding your Bitcoin in a multi-signature wallet and issuing single-use banknotes in return—like cash. The reason these are single-use is to avoid the double spend problem; sending a digital item to a friend essentially consists of duplicating the item and then sending the duplicate, meaning you would still be left with the banknote after having “spent” it. Because of this, transactions of “Fedimint bitcoin notes” are sent to the issuing Fedimint, who will check that those notes haven’t already been used, destroy them, and send new ones back to the recipient. By acting more like a bank, Fedimint lifts the burden of responsibility from the shoulders of those who store their bitcoin in a Fedimint. How? You give your private keys to these “trusted parties”, who each hold a key to the multi-signature wallet in which all participant’s bitcoin is stored. Should any single key-holder attempt to steal everyone’s money, they would have to get the majority of other key-holders to sign the thieving transaction. It’s important to note that this is not an objective improvement upon Bitcoin; it’s simply a tradeoff. You gain privacy, eliminate yourself as a single point of failure, and gain fast and cheap transactions, but the trade-off is that it requires you to trust in others. This may not be so bad if the people you are trusting are close family members, friends, or community members, but it is an issue if they’re anonymous internet people with no consequences of ill-doing.

Although many of us in first-world countries are more than happy to take ownership of our own bitcoin and have the facilities to do so, it may not be as simple for those in the Global South. For instance, community-managed wealth has been a long-standing practice in many African countries, and the ability to store bitcoin safely and privately without the risk of losing your funds or being unable to leave them for your children to inherit—which could be a deal-breaker for billions—is something that makes bitcoin hugely accessible and practical.

“Bitcoin is for billions, not billionaires” —Lyn Alden 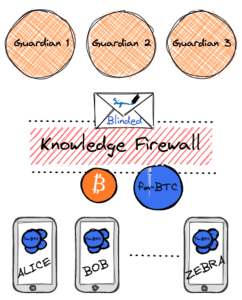 Fedimint users also benefit from enhanced privacy since Fedimint bitcoin notes aren’t associated with specific accounts or people, and the ‘guardians’ (the key-holders of multi-signature wallet with bitcoin reserves) are only aware of the total amount of bitcoin in the Fedimint and the total amount of Fedimint bitcoin notes, meaning community members need not fear their guardians peering into their finances. This is a higher level of privacy than achieved by the base layer of Bitcoin, and another reason why Fedimint may be a solution worth its tradeoffs in many scenarios.

What is perhaps more important than the existence of Fedimint is what it tells us about the future of Bitcoin. It’s very common, in the land of Bitcoin, for the “impossible” to become possible, and Fedimint is another example of that. What was once a choice between self-custody and third-party custody now has a middle ground that is potentially opening up Bitcoin to hundreds of millions of new people. The limitations of Bitcoin are usually just temporary, and we can expect more limits to be surpassed as we progress forward through time.

“I have no limitations” — Thomas Shelby