Ownership is a concept that requires the presence of intersubjective consensus; I own this car because that piece of paper says that I do, and the justice system believes in this piece of paper, and society believes in the justice system. Ownership is just the result of a series of cascading agreements. It’s a participatory phenomenon; ownership cannot occur without the participation of multiple people. In other words, it’s agreed upon, not discovered. At least, this is usually the case.

Let’s find out if there are other forms of ownership by first describing what it is and what function it serves. Ownership prevents others from doing with a possession what its owner can do freely. In this sense, ownership is a statement of optionality; I have the option to drive my car, not drive it, paint it a different colour, take a baseball bat to its windscreen etc., but you don’t. When someone says, “I own my car”, they aren’t claiming that the car is attached to their body and, therefore, they’re the only person with the option of driving it. They are saying that they’re the only person with the option of driving it under normal conditions, since anyone could steal the car and drive it, but then they would be driving it under the condition of it being stolen—which is less desirable, even in video games; half the time, we don’t even want to drive nice cars as much as we want to own them. To have the option of driving them—as and when we please—is the real prize.

We can be confident that others won’t attempt to drive our cars because of two hurdles to doing so: we have the keys, and they will go to jail if caught. Now, both these hurdles are hardly insurmountable, but we trust that they’re sufficient-enough deterrents to go about our daily lives without shaking in our boots worried about our cars. These two hurdles are emblematic of the two forms of ownership: possibility-based and repercussion-based. Repercussion-based ownership is the type described at the beginning of this article; you own x because society agrees that you do, and there are systems in place—namely, the justice system—to ensure that others are deterred from doing with x as they please. Possibility-based ownership is more primordial by nature and is governed by discovered laws (laws of physics, maths etc.) rather than invented laws.

Where invented laws prohibit certain conditions under which events can unfold, discovered laws prohibit certain events from unfolding at all. Think of a key to an impenetrable vault with £100 inside. In a vacuum, he who owns the key also owns the £100—assuming he has access to the vault. His friend may have a written-and-signed contract stating that he is, in fact, the legal owner of the money inside, but without the key to access the money, he has no options for spending it or using it. 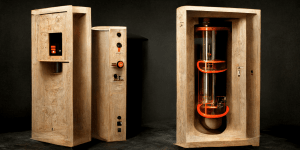 Now, imagine the same scenario, except there are ten people with ten keys to ten impenetrable vaults connected via tunnels. Inside each vault is a complex mechanism that transports the money between the vaults through the tunnels. Something else peculiar about these vaults: they don’t have doors. The money is locked inside indefinitely, yet they still have keyholes? Presenting the correct key to the correct door allows you to instruct the mechanism to transfer the money to any vault of your choice. Tom has the key for vault 1. Does he own the money inside? You may say he doesn’t because, after all, he can never hold or touch the money inside, and being able to hold or touch something is a pretty foundational instance of optionality when it comes to ownership. But he can still instruct the money to be transferred to another vault, which means he does have one option that somebody without the key doesn’t. All ten key-holders understand this too, and they don’t want the money inside the vaults to go to waste, so they continue on as if they own the money inside their vault. Tom buys a hat from Jerry by transferring £30 to Jerry’s vault, Jerry buys a pen from Charlotte by transferring £10 to Charlotte’s vault, and so on, until all participants forget they can never withdraw the money. Why does this work? Because the function that gives money its value is trade, they can still do that.

Let’s take it one step further. Suppose everyone has two options when checking their balance or seeing if a transfer has been completed:

After a few weeks of diligently checking to ensure the money was being transferred between vaults, they started to trust that it was. So, they stopped checking the window and just began checking the digital screen instead. Some years later, years after the last time someone checked their window, all the money inside the safes spontaneously evaporates into thin air… but the digital screens keep counting. Everyone continues as if nothing had happened because, from their perspective, nothing has. One day Tom discovers that all the money is gone, and they’ve been transacting nothing but numbers on a screen. Does Tom tell everyone about this? No, he’s smarter than that. Tom realises something important: they never needed the money. Nor did they need the complex mechanism that transports it between safes… all they needed were the numbers. They go on trading as before, fortunes intact.

The system they had in this metaphor was the same as that of Bitcoin. The safes are the Bitcoin wallets, the keys are the private keys, and the bitcoins are the number on the screen. The only difference is that, before Bitcoin was created, some brilliant people had already realised that we don’t need physical money in the safe; so long as the numbers are subject to the same discovered laws of mathematics and physics as physical money, then we don’t need anything physical in the first place. 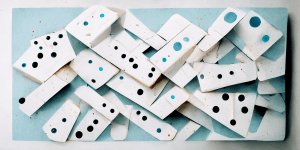 Perhaps the most important phrase in that last sentence is “so long as the numbers are subject to the same discovered laws of mathematics and physics as physical money…”. This is essentially the whole project of Bitcoin; to make something digital act physical. That is to say, in large part: to act scarce. The preconditions of this are numerous, and a lot are tended to in the structure of the Bitcoin protocol. However, since the Bitcoin protocol is just code, it needs something underpinning it to ensure that the code doesn’t change. This is where the importance of decentralisation becomes paramount. To use the vault metaphor again, centralisation would mean that one person could alter the amount of money on anyone or everyone’s vault screens and force them all to “play by the new rules”, so to speak. However, if the system is decentralised like Bitcoin, everyone is keeping track of where everyone else’s money is going. This makes it so that someone with £5 can increase their balance on their screen to £10 and attempt to spend it, but because everyone else is keeping track of all transactions, that new money simply won’t exist to anyone else, and so if he tries to spend it, he will simply be unable to. A £10 payment from someone who only has £5 is nothing more than an error, so it’s disregarded; he can then change the payment to say £5, and people will accept it, but everyone understands that you can’t spend more than you have. This keeps the integrity of the supply in check. It’s also why owning Bitcoin and ‘owning’ altcoins differ; if someone else has the option to undermine your options, they own your asset. Since ownership is just a statement of behavioural optionality and possibility, it makes sense that centralised altcoins cannot be owned in the same way that Bitcoin can be.

See my previous article, “Decentralised Finance, and other lies…” for an explanation of why altcoins are centralised.

If you want to really own something, head over to FastBitcoins to get some Bitcoin in your own personal vault, or learn more over at our blog.