Decentralised finance has been all the hype for the past couple of years now. Why? I won’t say it’s because people are stupid—as much fun as that would be—but rather because of heuristics.

The lie of Decentralised Finance

Heuristics are these little psychological tricks we use to understand reality while putting minimal brain effort into doing so. Whenever you hear “heuristic”, just think “brain shortcut”. Shortcuts aren’t all bad; they’re extremely useful for gaining speed and efficiency at the potential cost of accuracy… a trade that is more often than not a good one, but sometimes we take shortcuts and end up at the wrong destination. Here’s a common example of a particular heuristic called the ‘representativeness heuristic’ interfering with reason and leading us to an incorrect conclusion. It’s called the ‘Linda problem’, and it goes like this:

Linda is 31 years old, single, outspoken, and very bright. She majored in philosophy. As a student, she was deeply concerned with issues of discrimination and social justice and also participated in anti-nuclear demonstrations. Which is more probable? 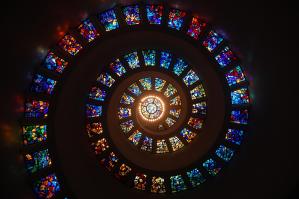 We have been fed a lot of information throughout our lives, and at the end of the day, we are pattern-recognition machines, so we draw connections between things when we hear them together often.

One pair of words we rarely hear without the other are the words “blockchain” and “decentralised”; if you hear one, the other is sure to follow shortly after. No wonder, then, that many people begin to hear these two words as synonymous, despite the former being a noun and the latter an adjective. This becomes a problem when people begin to predict that the likelihood of a project being decentralised is either certain or very high if the project utilises a blockchain. Let’s rerun our little experiment and see if we can understand where the public’s perception is going wrong:

Lomaton is an innovative new cryptocurrency disrupting the farming industry. The founders have found a way to utilise this new technology to help farmers keep track of which cows produced which milk, increasing the efficiency of the milk supply chain by up to 80%, removing the need for archaic and inefficient intermediaries and middlemen. Which is more probable:

Many people who don’t have time to delve into the weeds of crypto may allow this heuristic to shortcut their way into a conclusion that Lomaton is decentralised simply because ‘cryptocurrency’ has become representative of ‘blockchain’, and ‘blockchain’ has become representative of decentralisation. But remember, the probability of two events being true is always lower than the probability of one of them being true. It’s a bit of a mess… but how does it square up to reality?

Ethereum, and other lies

Let’s see if ‘blockchain’ and ‘decentralised’ are really synonymous. First, though, we must address the common “…but decentralisation is a spectrum” rebuttal: shut up, bro. Ok, now that’s out the way, let’s look at none other than Ethereum, the project that over 840 other projects are built—and thus depend—upon: 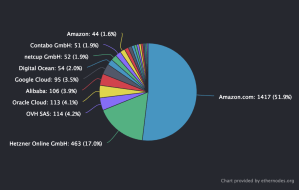 Any network is just a sum of its constituent nodes; Ethereum is no different. This chart shows us where those nodes are. Since all networks are the sum of their constituent nodes, it shows us where the Ethereum network is: sat smack-dab on the middle of Amazon’s lap. So yeah… if decentralisation is a spectrum, Ethereum’s not on it. Unfortunately, to understand whether or not a project is genuinely decentralised, you need to have an excellent understanding of how it works. But it’s not just an understanding of how it works in theory that’s needed (I mean the type of theoretical understanding you’re likely to acquire from reading whitepapers). You must also understand how it works in practice. For instance, you may learn from the Ethereum whitepaper that it’s based on a peer-to-peer network structure that employs a similar utilisation of nodes to that of Bitcoin, leading you to believe it must be decentralised. But upon hearing that over half of those nodes are in the hands of Amazon and that over two-thirds of them are in the hands of the top three largest node hosts, you have to reassess your previous conclusion. How things work in theory vs in practice are often very different. Unfortunately, learning how these projects work in theory—as hard as that is already—is still easier than finding information about how the project is actually functioning today. If you even understand the project well enough to know what to look for, that is. 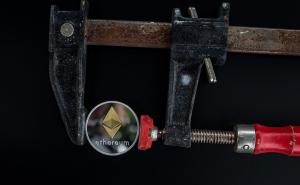 There’s a sentence I smuggled in earlier, “the project that over 840 other projects are built—and thus depend—upon”. There are currently over 585,057 token contracts on the Ethereum chain and nearly a thousand entire projects built upon it, and they ALL have a single point of failure: Ethereum. The common belief is that they don’t; after all, if Ethereum is a decentralised network, then it’s not a ‘single’ point of failure. But suppose everyone’s wrong, and it’s not decentralised. In that case, it is a single point of failure, which not only stops the second-largest cryptocurrency from holding the title “decentralised” but also eliminates 585,057 other tokens from that classification, along with 20% of all monetary value held in all cryptocurrencies combined. Fancy taking that orange pill yet?

How to tell if your favourite project is decentralised.

If you want to put your hard-made savings into hard-made money, sign up at FastBitcoins.com or follow our blog to learn more.