You have three mice in a maze; their goal is to escape. The concept of this game is intuitively understandable because we all play it every day, more or less. The mice’s prerogative is as follows:

The Maze of Life 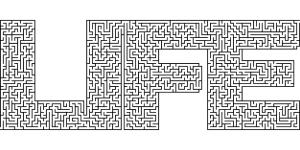 We all share this prerogative daily. The world is a maze with no centre, and I say that for a couple reasons. Firstly, the world is complex, and I think we can all agree on that. Secondly, there is no single place we are all trying to go; we all want something slightly different out of life, and we’re all searching for the path to get there. Picture an infinite maze in which you get to choose a point and call it your destination/goal.

To our species as a whole, the same applies. We have always been working towards a utopia. Granted, our characterisation of utopia changes frequently, but one of its characteristics remains constant: it has more of the good and less of the bad. It’s just that what constitutes ‘good’ and ‘bad’ changes. Keep that in mind. 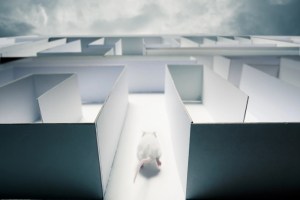 Coming back to our mice in the maze, let’s run a few thought experiments, but before we do, I just want to clarify some things. The maze doesn’t have one ‘truth’—one path—to the centre; there are multiple paths each mouse can take to get there.

You let the mice begin finding their way. To protect them from wasting too much energy going down the wrong paths, you alter the maze a little. You begin closing off direct paths to dead ends. Although this slightly confuses the mouse, you are only eliminating potential ways they can go off course, so it seems to be helping them out. A few days later, none of the mice have reached where you want them to go. On top of that, you and your friends have bets on what path they will take, so you have a vested interest that the mice only find the path upon which you placed your bet.

You’ve already altered the maze for the mice’s protection once; what’s the harm in a couple more alterations? You begin sneaking into the lab every night to close off any paths in the general direction of a dead end, even if there was some later path they could take after that one that’d place them back on course. But since you have a vested interest, as far as you are concerned, the only ‘correct’ path is the one upon which you placed your bet. Now you’re changing the maze multiple times each night, and the mice are no longer capable of memorising where not to go. 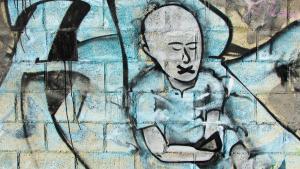 That’s exactly the problem, though; when you’re in a maze, there are only two ways to get to the centre.

When you close a path in a maze, you are censoring it.

This is a complex metaphor, so bear with me as I try to explain how it relates to humans and, by extension: money.

To understand the maze is to get a sense of the world. In the past, the way we would understand the world was very different from how it is today. Where it used to be news channels and town-square conversations, it is now the internet. 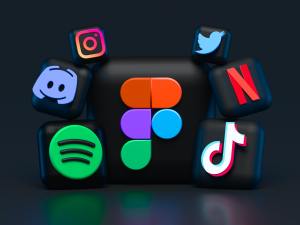 Social media platforms such as Twitter, Facebook, Reddit etc., are becoming the primary source of understanding about the world. This is why people like Elon Musk are so concerned with the growing presence of censorship online. People aren’t worried about ‘dead ends’ being closed off/censored. They’re concerned that someone has the power to decide what is and what isn’t a ‘dead end’… AND they have the power to close it off. When you give a small group of people the power to essentially decide what the entire world believes, you have a severe single-point-of-failure problem on your hands.

All of this censorship is informational censorship, and as discussed in my previous blog post, “Where is all the Bitcoin?” we discovered that money is also information.

So, what happens if the censorship is monetary?

Well, the economy acts as a mouse in a maze too, and its goal is relatively simple:

This goal increases the wealth of humanity in total—which might be a good evolutionary/anthropological explanation of the existence of economies/trade. We can use the same case against censorship here, too. When you give a small group of people the power to decide what is an economic ‘dead end’ and what isn’t, you run into the same problem.

All of us are navigating our own personal maze, striving toward our own goals of achieving what we want in the world. The amalgamation of all our combined efforts constitutes the economy’s productivity. The economy is another mouse, attempting to achieve its own goal—to raise the wealth of the species. To get there, it must find a true path. 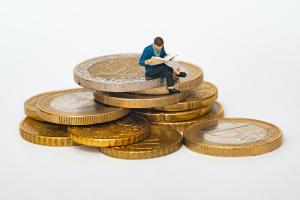 Economic censorship on the part of the individual is troublesome. Governments/banks step in and say, ‘for your own protection, we are stopping you from going down that economic path’, whether it be creating a bank account, purchasing Bitcoin or just using your own money for something that inconveniences those with the power to censor. Perhaps even more worrying is the fact that our growing dependence upon companies like Twitter, Facebook and media companies for public discourse and the free flow of information is not devoid of this financial censorship.

Where word of mouth was once peer-to-peer, it now flows through centralised ‘check points’. Each of these checkpoints, be it Twitter or others, may have its own idea of where to draw the line between censorship and protection, but it doesn’t stop there. Since all these companies rely on financial institutions to make their money, those institutions can also impose their own ideas, but it doesn’t stop there. Yet again, since all these financial institutions rely on the permission of the government to operate, the government can impose their own ideas too.

What does all this top-down censorship do to the economy’s ability to achieve its goal? Well, I think we will find out soon enough, as we are already beginning to. Still, it’s not only economically concerning; it threatens the socio-cultural front too. With the Biden administration forming the DGB (Disinformation Governance Board) and the growing centralisation of our communication channels, censorship is taking us closer to a world where ‘truth’ is decided, not discovered. Orwell warned about this with his depiction of ‘The Ministry of Truth’ in his famous dystopian fiction ‘1984’, but the lines between fact and fiction are growing blurry. 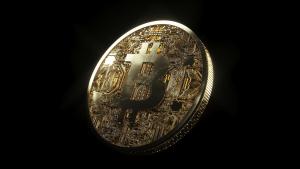 So, if censorship is akin to a plague attacking the foundations of modern society on multiple fronts, what is the antidote? Bitcoin.

Bitcoin can not be censored.

That’s why we make it as easy as possible for the average person to get involved over at FastBitcoins. If you want to learn more about Bitcoin and its potential, check out our blog for more just like this.