Have you ever thought about mining bitcoin yourself?

Bitcoins proof of work (POW), more commonly referred to as mining, helps provide security to the network by miners competing to solve a simple but resource intensive calculation to win the right to create and attach a new block to the Bitcoin blockchain. It’s similar to a sudoku puzzle spanning multiple columns and rows – complicated to solve, but if it has been filled out, it’s easy to tell if the solution is correct. Every ~10 minutes, the grid is reset and the race to fill it out starts again. For their troubles, a miner that mines a block will currently receive 6.25 bitcoin as a reward, as well as any fees paid to incentivise the inclusion of valid transactions into their block.

Mining is incredibly competitive work. Whilst blocks could once be generated relatively easily on home PCs, the current difficulty of producing one means that specialised equipment is required. The upfront cost of such hardware is high, as are the on-going running costs.

This has meant that Bitcoin mining has evolved from home PCs into a multi-billion dollar industry with some mining companies now listed publicly on stock exchanges and mining equipment manufacturers following closely on their heels.

Home PC (CPU) mining was made unfeasible as more miners joined the network, A PC miner would rarely find a block because miners started to use graphics cards (GPUs) instead which were six times more efficient for only twice the cost. That advantage lasted a year with even more specific hardware then being repurposed in the form of Field Programmable Gate Arrays (FPGAs) which could mine bitcoin twice as fast as the best GPU but were a challenge to set-up and configure. 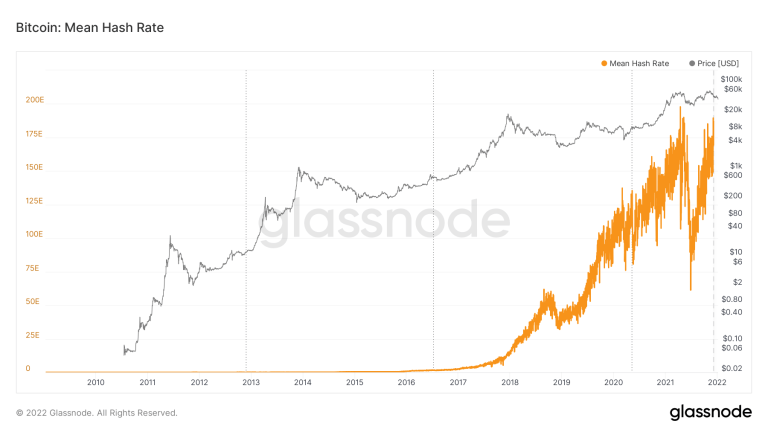 The search for ever greater hash (mining) power led to the development of specific hardware optimised solely for Bitcoin mining called Application-Specific Integrated Circuits (ASICs). No other general purpose hardware like PCs, GPUs or FPGAs could match it, the only differentiation now was the type of ASIC that a miner used and the evolution moved onto making the chips on ASICs smaller and smaller and subsequently more efficient.

The most recent ASIC could cost you ~$10,000 to buy and uses about as much energy as a kettle, 24/7. So with such a large initial investment and on-going costs, particularly if you only have access to a residential energy tariff, it means it is not financially viable for most home miners unless you have access to ‘cheap’ or your own renewable energy source.

One solution to this is buying the ASIC and having a company host it for you somewhere where they have access to cheaper electricity and benefit from economies of scale, although this still comes with the same high investment cost for the hardware and you have to trust a third party host.

It’s important to note that this is slightly different than cloud mining schemes of which most turn out to be scams so it is important to only use well established and respected hosted mining services where you own the hardware.

Time until mining profitability can vary greatly as well based on the amount of hash rate (miners) currently being used on the network which can make it harder or easier to mine a block and the price of bitcoin at the time because of the 6.25 bitcoin block reward and transaction fees that the successful miner receives.

Also due to the high hash rate, mining on your own will mean it is incredibly rare for you to successfully mine a block, so individual miners direct their hash to a Mining Pool with many others, increasing the chances of mining a block with the rewards spread evenly amongst everyone in the pool meaning lower but more frequent and predictable mining income.

Some edge cases are being developed that can allow solo mining at home to be profitable, for example where the excess generated heat is used to heat a home allowing a cost saving. It is worth noting how much noise ASIC miners make as well, they are loud.

Mine or buy bitcoin, that is the question!

It may change in the future with further technological developments but at the moment it is impractical for most solo mining unless you have access to cheap or free electricity with the only real option being hosted mining with large upfront costs.

If you want to mine to help secure the network then hosted mining may not be the best option as ultimately someone else can ‘switch off’ your miner, censor transactions or use it to attack the Bitcoin Network. Leaving the main reason to do it to be to generate more bitcoin than if you had simply just bought it with the capital in the first place. It is almost impossible to calculate in advance if this will be the case for you so it is usually wiser to buy the bitcoin itself. Some people will also accept a small loss mining for the benefit of getting bitcoin without having to provide their identity to an exchange for privacy reasons, although this isn’t really suitable for those looking to purchase smaller amounts.