You may have already gathered that ‘crypto’ is not a word regularly used at FastBitcoins, mainly due to it being a catch-all term for Bitcoin and alt-coins whereas we hold the opinion that they’re two very distinct and different things. You can read our ‘Why Bitcoin only?’ blog to find out more about that. 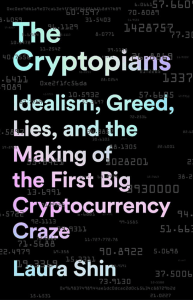 So, why are we reading a book about Ethereum, the ‘crypto’ that launched tens of thousands of alt coins, brought us the Initial Coin Offering (ICO) scams, followed by the ‘Decentralised’ Finance (DEFI) rug pulls and Non Fungible Token (NFT) monkey jpegs and more ‘smart’ contract hacks than you can shake a stick at?

The Cryptopians by Laura Shin answers it on the front cover with the headline: “Idealism, Greed, Lies, and the Making of the First Big Cryptocurrency Craze“. I love a bit of intrigue, and learning the history behind what are in reality, quite recent events with history still being written right now so I had to dive in.

Most of us know that Ethereum is not decentralised but learning the origins of its genesis in detail only reinforces that. Shin is clearly knowledgeable about what she is writing and has seemingly been able to access almost everyone involved with Ethereum’s creation and I suspect the book will become a great future reference guide for anyone interested. It’s a page-turner as well, I struggled to put it down!

What did we learn?

That Vitalik Buterin first learned of Bitcoin from his father at the age of 17 in 2011, firstly ignoring it, then as often happens, when the price kept going up a couple of months later he figured he should research it more. Going on to pause his college studies to travel and meet Bitcoiners around the world, writing for Bitcoin Magazine and freelancing as a cryptocurrency developer.

In 2013 whilst staying with Kraken Exchanges Co-founder and CEO, Jesse Powell, Vitalik decided that he wanted to create one blockchain, app store style to form a ‘decentralised’ computer that would support many kinds of applications and solve all problems, unlike Bitcoin which only solves one, the problem of FIAT money.

His ideas had been rejected by Bitcoin Developers so he wrote a white paper and sent it to 13 friends. One of those being a Bitcoin millionaire who offered to fund Vitalik with $150,000 in bitcoin to create Ethereum, so in 2014 with the help of other developers and financial supporters the crowd sale was launched selling 2000 ETH/bitcoin and ratcheting down over time to increase FOMO. Interesting to note that the crowd sale was delayed so they could flesh out the business plan and the terms for legal reasons, all very different from how Bitcoin was started and even involved the creation of a Swiss based non-profit called The Ethereum Foundation. 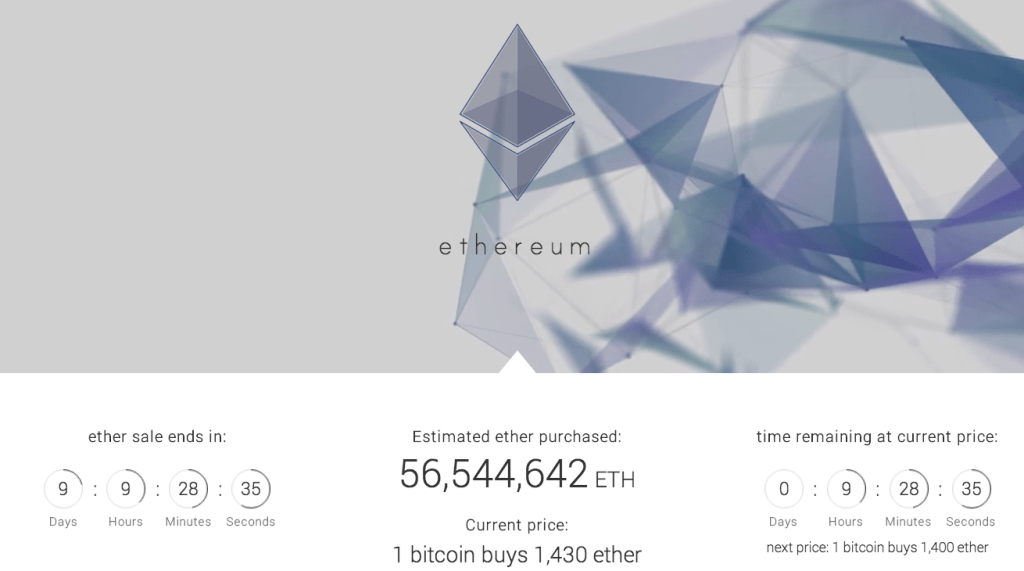 In-fighting and disagreements happen from the beginning here with Vitalik and a few other founders angry that Joe Lubin of ConsenSys, who now controls most of Ethereum’s infrastructure, wouldn’t sell the Bitcoin sent in for the crowd sale as they came in, netting the Ethereum Foundation only $9m instead of the $18m they could have raised. Or Vitalik being peeved about how high some of the Founders had pushed their Ethereum Foundation salaries.

With the Ethereum network going live in July 2015, The Ethereum Foundation introduced a new character into the mix, its new Executive Director, Ming Chan, Vitalik’s preferred applicant for the position. Soon interpersonal dramas began when just 3 days later she accused another board member of bullying and abusing her in a sexual manner on a Skype call. To be followed with Ming accidentally sending and then deleting messages about how she described a scenario of her gaining control with her as President of the Foundation and Vitalik as Chairman. There were then 3 years of in-fighting and conflict amongst Ming and the most prominent people involved in Ethereum, finally ending with Vitalik having the casting vote to fire Ming in 2018 after avoiding doing so for too long.

Things take another weird turn when they have issues with that Bitcoin millionaire who initially funded Vitalik, Anthony Di Iorio, who briefly took one of the laptops home that contained a key for the Ethereum Foundations remaining bitcoin in a multisig set-up, souring trust in him. With other issues on top, the Ethereum Foundation began distancing itself from the man who saw himself as Ethereum’s main VC.

Learning about the make-up of the Ethereum Foundation and Founders which also included Charles Hoskinson as its CEO is very telling, with two of them, going on to launch their own altcoins, Charles with his ‘better’ Ethereum: Cardano, and Gavin Woods with his ‘better’ Ethereum: PolkaDot. Charles was ousted from his role alongside another Founder on what is called Ethereum’s Day of Thrones, where half of the team turned on him for his perceived lies and Vitalik with his extra votes at the Foundation decided his fate. These Founders still received their founder’s share of ETH.

We’ve often heard about The DAO hack and how it was the cause of forking Ethereum to rescue hacked funds which created Ethereum Classic (ETC) but it’s fascinating to read all about the mechanics of what was going on behind the scenes and who the hacker may be. Launched in 2016, The DAO was an early decentralised autonomous organisation intended to act as a VC firm and raised $150m of ETH and was one of the earliest crowdfunding efforts and high-profile projects built on Ethereum, which at the time was only one year old.

Less than three months after its launch, The DAO was hacked and $60m of ETH was stolen, at the time The Dao contained 14% of all ETH in circulation. Despite online polls showing 80-90% support from the Ethereum ‘community’ to fork ETH to rescue stuck funds, ultimately only 5% of all ETH voted for the fork to take place. After the block that indicated a successful hard fork of Ethereum had happened, Vitalik popped a champagne bottle to celebrate, a strange reaction to proof that your blockchain is not immutable or censorship resistant under the right circumstances. Shin notes that as the price of ETC rose post fork threatening to flip ETH, Vitalik thought and decided that if it overtook ETH and became the dominant and ‘real’ Ethereum, he would leave the project and start a new blockchain. 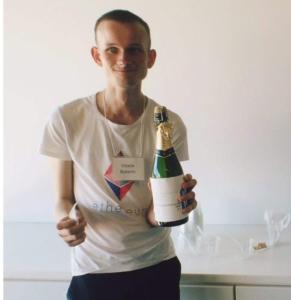 Another interesting fact to come from Shin is that one ETH whale who needed 38,383 ETH (about $600,000) to be rescued from The DAO, after mistakenly sending it there after the hard fork was a British businessman by the name of Chris Harborne who it turns out funded the Ethereum Developer Vlad Zamfir to work on a proof-of-stake algorithm which would be a more ‘environmentally friendly’ way to run Ethereum. Thai based Harborne is one of the biggest UK Conservative party donors and contributed the bulk of total donations to the Brexit Party, is now the 3rd biggest shareholder in QinetiQ (largest individual shareholder) which is a major UK defence contractor that came from the privatisation of Britain’s top-secret defence laboratories and is an active ‘crypto’ lobbyist. Ethereum really did attract some very interesting characters to it, with many of them having an influence, particularly those without official roles who surrounded Vitalik closely, with people in the Ethereum Foundation calling them the Shadow Government.

Should you read it?

Yes if you like a bit of intrigue and want some extra knowledge about Ethereum. There is so much more to be unpacked in this book, it doesn’t go into any real technical aspects of Ethereum and its tokenomics etc so you won’t learn much about that here but the well written and seemingly all encompassing record of who was involved and what was happening around the creation of Ethereum is pretty enlightening with it reinforcing our opinion that Ethereum is a science project, with ETH being the reserve currency of the network and heading towards more and more centralisation whilst Bitcoin is trying to be the reserve currency of the world and only becoming more decentralised than ever before. We know which is more important which is why you can start your Bitcoin savings journey today at FastBitcoins.com.

More From: The FastBitcoin's Library