If you want to know how much energy the entire Bitcoin network uses, a quick google search will enlighten you before you can break a sweat. It’s currently about 96 terawatt-hours per year, according to this Cambridge university index (https://ccaf.io/cbeci/index). This is because Bitcoin is immensely transparent about its energy usage; since the blockchain is transparent, everyone can see how hard it is to mine blocks and derive the energy required to do so. However, if you were to google the energy consumption of always-on devices (such as Amazon Alexa etc.), it wouldn’t be quite so easy to find a straight answer. Let’s go over the process of discovering it. 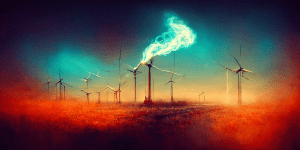 Firstly, I google “net energy consumption of always-on devices” and find a million articles telling me how much my own always-on devices are running up my personal electricity bill. I then found a documentary called “This Machine Greens”, which puts the global energy consumption of such devices at 1,375 terawatt-hours… although that statistic helps me make my point, it seems a bit crazy, even to me. So, I tried to verify that fact independently, but unfortunately, statistics only seem to care about the United States, and I’m looking for global statistics. Eventually, I stumbled across this article that covers a report by the NDRC on the energy consumption of always-on devices in the residential sector in the US—so note that there are two points of filtering there, both the residential sector and the US. Here’s what the report found:

NRDC said always-on-but-inactive devices account for nearly 23%, on average, of the electricity consumption of homes in California. While the state has lower overall usage because of efficiency gains in recent decades, the environmental group said the amount of inactive consumption by household devices “can be applied nationally as Americans tend to buy the same appliances everywhere.”

So, this raises the question: what is the net annual energy consumption of the residential sector? Well, according to this report by the US EIA (Energy Information Administration), it sits at 1,464 terawatt-hours. If 23% of that is going to always-on devices, that’s a total of 337 terawatt-hours consumed by always-on devices in US homes. That’s equivalent to over three and a half Bitcoin networks in constant operation simultaneously in the US alone. That global statistic doesn’t seem so crazy anymore at 1,375 terawatt-hours—over 13X the energy consumption of the entire Bitcoin network.

Energy consumption is not energy production. 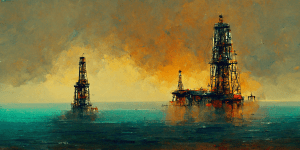 I’m tempted to leave the article there because the only people who will still criticise Bitcoin’s energy usage are people who believe that Amazon’s Alexa is more useful than Bitcoin. I have no interest in talking to or listening to such people since they have the same attitude towards Bitcoin advocates, so they will not have anything of interest to say. But… while we are here… we may as well put the nail in the coffin. 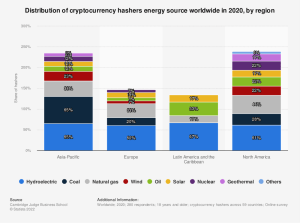 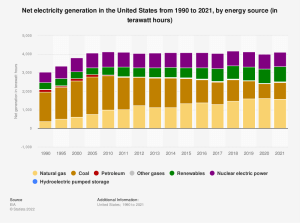 Why is Bitcoin’s energy cleaner? 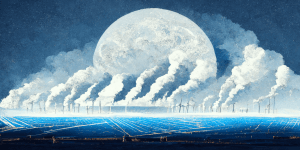 Seeing stats like this can make people doubtful, naturally, because Bitcoin miners aren’t a bunch of climate-conscious altruists who are unplagued by the capitalist incentives of using dirty energy. Where money can be made, people will make it, regardless of the consequences. So, why so clean? Because it makes more financial sense to mine Bitcoin with cleaner energy sources. Bitcoin mining produces a lot of heat, so setting up mining facilities in colder, often less populated areas makes sense financially (less money spent on cooling). These areas often have plenty of unharvested energy sources because they don’t have the population or market demand to purchase the energy once harvested. Bitcoin is a constant customer that makes the harvest of energy profitable anywhere there’s an internet connection; it no longer has to be within x miles of civilisation, a previously limiting factor due to the maximum distance electricity can be transported while remaining profitable. Not only does this mean underutilised resources will be made productive, but it also incentivises energy conglomerates to invest in developing cheap, clean energy infrastructure. Pretty cool, huh?

I recently wrote a book, Do Bitcoin, and its initial announcement was met with hostility toward the publisher and an attempt to cancel the book simply because I’m talking about the climate-killer Bitcoin. If this article persuaded you otherwise, be sure to show some love to the book and the publisher, it’d help me out a bunch, and I’m sure my publisher would appreciate it 🙂

If you want to get involved in Bitcoin or learn more about it, then you can sign up at FastBitcoins and follow our blog for more articles like this one.