Jeremy invests in many things, often unsuccessfully. Becoming increasingly unenthused, Jeremy looks for something a little outside the parameters of ‘traditional’ investments. He hears that Bitcoin is changing the foundations of the monetary system and has been the best-performing asset of the past decade. At this moment, Jeremy committed to the infamous ‘aping in’ and bought as much Bitcoin as his semi-traumatised bank account could muster.

Unfortunately for Jeremy, his frivolous history with money has caused him to grow impatient with money-making. Because of this impatience, he forgot the most important rule of investing: understand that in which you invest.

Although remaining relatively blind to the magnitude of Bitcoin’s societal implications, Jeremy proceeds to deploy his various social media channels to rant and rave about his mega-mind investment. He attempts to persuade his peers of his soon-to-come profits as he lets out an enthusiastic “…and this is going to make me so much money!”—ah, there it is… his first mistake. This mistake is about to make Jeremy and all his ambitions into a sad #rekt sandwich.

Jeremy believes Bitcoin is a means to an end, a tool for acquiring more “real money”, which—due to his lack of understanding—he still believes to be a title owed to fiat currency.

The problem here is that Jeremy has unwittingly missed the entire point of Bitcoin: to be better money. Although he has recited this line repeatedly—both in his head and on Twitter—his lack of deep understanding makes it impossible for him to truly believe it. He just can’t see it, and if you can’t see it, you probably don’t believe it either. He just might be hiding this fact from himself to avoid confronting his wobbly investment habits. 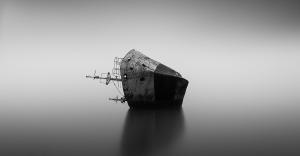 Still, what’s hidden comes to show as push comes to shove, and Bitcoin comes tumbling down while his sats come to us—the hodlers.

Jeremy is a man that believed the grass was very green on the other side of the river, but he never saw just how brown it was on his. So, when winter came and the oceans of liquidity grew volatile, he jumped ship, utterly unaware that it wasn’t a ship but a lifeboat from which he skipped. 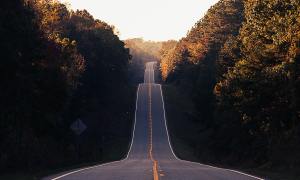 This is why a good Bitcoin education is not focused on Bitcoin. Aristotle once said:

We failed to create nor find a satisfactory form of money before 2009; this left a vacuum to be filled. It just so happened that Bitcoin was the thing which best fit in that empty space. So, instead of trying to understand Bitcoin by learning about various forms of cryptography and mind-bending computer stuff, learn about the empty space in which Bitcoin fits.

Study the current system. Learn about its history and how we got where we are today. This way, you may begin to understand where we are likely going from here, and it’s from this understanding that the value of Bitcoin will become self-evident. See the FastBitcoins library for more.

If you want to understand the value of a lifeboat, you can’t see it in isolation. It’s a tiny piece of inflatable rubber that fits about six people. Next to the Titanic—a 52-thousand-ton ship—it looks like a speck of dust: insignificant. But only once you see where the Titanic is headed will you plead for a spot on one of those little pieces of inflatable rubber.

That’s why here at FastBitcoins we are dedicated to offering the smoothest Bitcoin onboarding (yes, there’s a reason they call it onboarding) procedure possible. Sign up now and get a free lifeboat with each sat you stack! (not really… you can still sign up, though… or at least follow us on Twitter bro).