The other day, I was scrolling through Twitter, laughing at all the bad takes as you do, when this tweet twote its way onto my feed:

Before I continue to talk about this question, I’d first like to abandon any glimmer of self-awareness I may possess and ironically note that where Jack said ‘semantic’, he actually meant ‘pedantic’—ok, moving on.

Is Bitcoin democratic? I like this question because it’s one of those ones where you jump out of your seat to state your answer, only to reconsider after a few contemplative moments. Before we go any further, let’s define “democratic”.

To see if Bitcoin fits this description, we have to split the definition into its two most defining parts before seeing how they measure up against Bitcoin. The first part is “a system of government”, and the second is “elected representatives”.

A System of Government 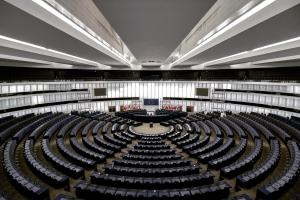 The fun, poetic thing to say here is that Bitcoin is not democratic because democracy is a system of government, and Bitcoin has no government, but this isn’t exactly true. See, Bitcoin has rules. Technically, rules are all that Bitcoin is. You often hear that Bitcoin “has rules, but no ruler.” and—poetic as that is—it’s not quite true. Rules without rulers are just suggestions. Does this mean that Bitcoin has an authoritarian ruling entity in control of everything, ensuring everything remains within the parameters of the rule set? No. Bitcoin has a ruler, but that ruler is not a single person. The ‘ruler’ is the entire network.

This can be a confusing idea for new players in the space, which is understandable because it’s quite unintuitive. We almost always consider rule enforcement a ‘top-down’ hierarchical process. To explain exactly how Bitcoin can be ‘self-regulating’, let’s take a look at a specific example of a rule within Bitcoin, and then we can go through the motions of enforcing it with the Bitcoin network.

One rule of Bitcoin is that all new blocks added to the chain must adhere to the network standard of a valid block. Essentially, if the block doesn’t fit the criteria of a valid block, it can’t be added to the chain. So, does this mean that a ‘blockchain bouncer’ is standing at the blockchain’s gates, single-handedly deciding which blocks to allow and which to reject? Not at all. The Bitcoin network is just the sum of all of its nodes, and its nodes are run by people. Because people control the nodes, anyone can run any version of Bitcoin that they want. If you want to run a version of Bitcoin that only accepts blocks that start with the sentence “doughnuts aren’t even nice”, then you can. You won’t receive any “valid blocks”, of course, but the point is that you can choose what version of Bitcoin you want to run; the ‘official’ version of Bitcoin is just the one that most nodes on the network decide to operate.

Although there is no force in this system and thus no real enforcement of rules from one party to another, it is still technically a system of government, just not a top-down hierarchical one. It’s still governed, but it’s governed by itself. Pretty cool, right? 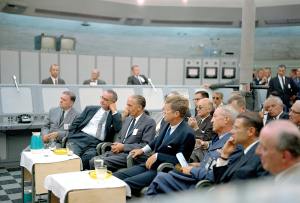 This second part of the definition, “elected representatives”, is where it gets a little more tricky. The nodes (including miners) responsible for the network-wide standard are the only entities worth measuring up against the ‘elected representatives’ title to see if it applies. I say this because they’re the only entities with the same causal relationship with rules and standards in Bitcoin as that of elected representatives in politics. But are they elected? Anybody can run a node, so… no. They’re not. No long-winded metaphors needed for that one. But what about the actual rules themselves? The rules that define Bitcoin all go through an election process of sorts in two main ways. Firstly—as described in the previous section—if someone doesn’t want to run a version of Bitcoin that they don’t like, then they can choose not to, and if the majority of the network decides not to, then the majority becomes the standard. Secondly, ‘updates’ to the network (named Bitcoin-Improvement-Proposals, or BIPs, for short) are voted in by the miners, who signal their support of the update by writing it to their block. Still, no elected representatives; all ‘elections’ simply elect specific changes, not representatives.

Bitcoin Has No Plan

So it seems that the Bitcoin network clearly doesn’t have a partitioned government structure, and thus there is no single entity responsible for planning the development of the project.

Without central control, there is no central authority responsible for planning the future development of the Bitcoin project. Without any central planning authority, Bitcoin has no plan, only a direction. Many would think this to be a bad thing, but when you really think about it, this means that Bitcoin is akin to a spontaneous chemical reaction; it’s a completely self-contained, self-directed, self-governed and self-perpetuated event unbound by the efficacies or shortfalls of any single entity. It’s completely independent. The code is all publicly available, we can all do whatever we want with it, there is absolutely no force involved in the entire project, and yet it is one of the most powerful technologies ever made. If anyone discovers a way in which Bitcoin could be improved, and the network agrees, then they can improve it. This means that Bitcoin is only held back by the ceiling of our collective ingenuity—a ceiling that nonetheless has a history of growing taller as time progresses.

Bitcoin has no plan, that is correct, but it is certainly not directionless.

If you want to learn more about Bitcoin’s direction and how it could change human civilisation, be sure to follow our blog for more articles like this. If you want to own a part of this “spontaneous chemical reaction”, then head over to FastBitcoins; I’m sure we can help you out.