Bitcoin has been declared dead 400+ times by various newspapers and pundits over the years, so it’s of no surprise that we’re back with another ‘expert’… 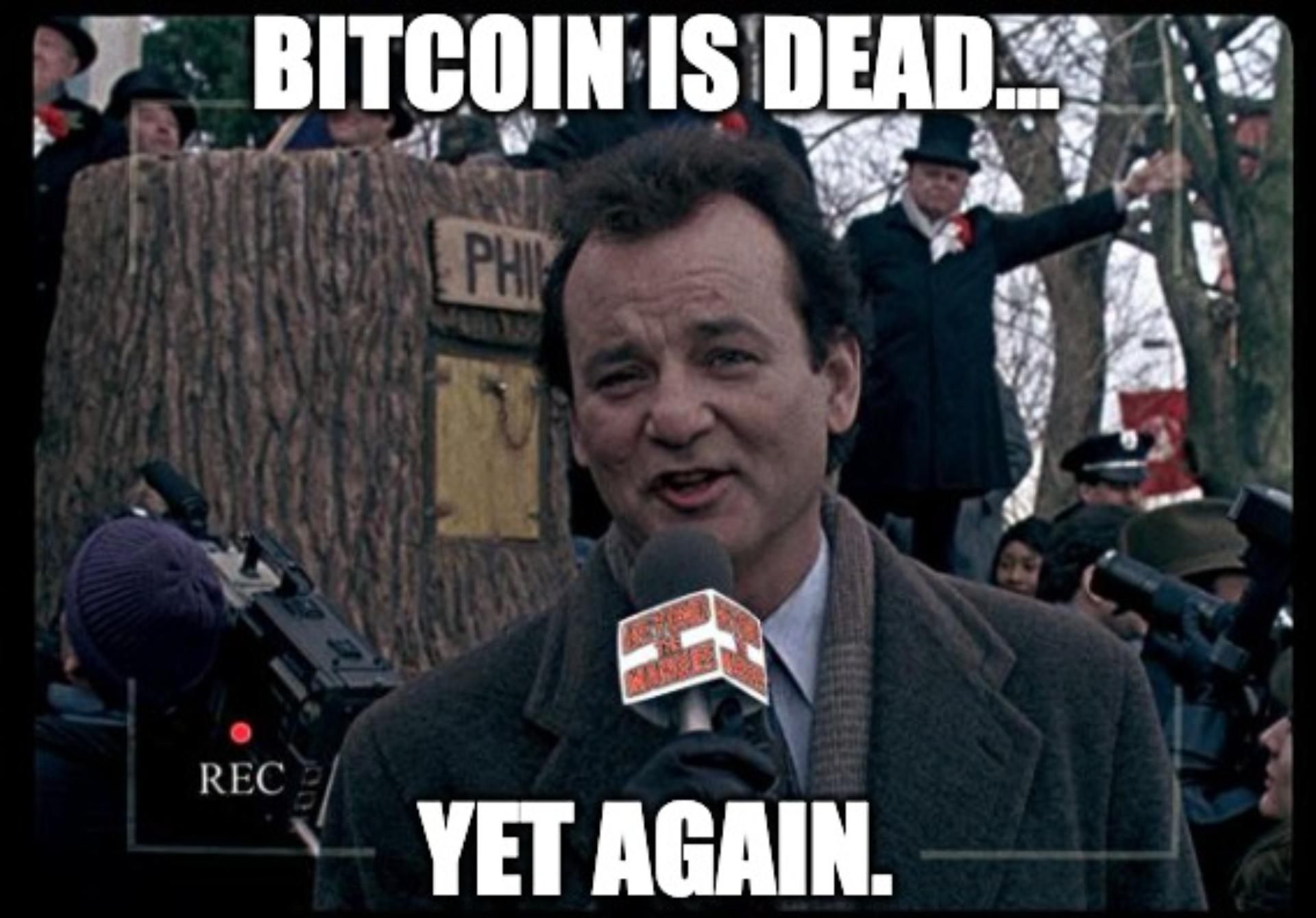 “What is Bitcoin for, exactly? While that’s been a tricky question to answer in years past, it’s safe to say that right now, it’s definitely not for preservation of wealth. The shiny new thing is down 60% YTD against the grimy old thing (aka the USD). More losses may follow as the Fed hikes, with the bank’s next installment due midweek.” – Jake Lloyd-Smith, Bloomberg

‘What is Bitcoin exactly?’

While Jake is right in that Bitcoin appeals to people for a variety of reasons (including wealth preservation), what it IS isn’t as tricky.

Bitcoin is a globally-distributed digital monetary system with a finite supply, that doesn’t rely on centralised parties to function.

How that works is more complicated, but we know what it is.

Jake does what many have done before by pointing out that Bitcoin has lost significant value (in fiat terms) compared to its previous all-time high, therefore, it has failed as a store of value. Cue the talk of tulips…

“Bitcoin’s collapse makes for a decent new entry in the tulip mania archives.”

First off, the tulip mania and similarly compared events are typically short-term ‘manias’ – the tulip bubble itself lasted roughly 3 years.

Comparing Bitcoin, a tested asset in the digital age for 13 years and running to this mania was lazy 5 years ago. Now it’s just embarrassing.

If you could sum up the ‘Bitcoins is dead’ narrative in one chart, it would be this: 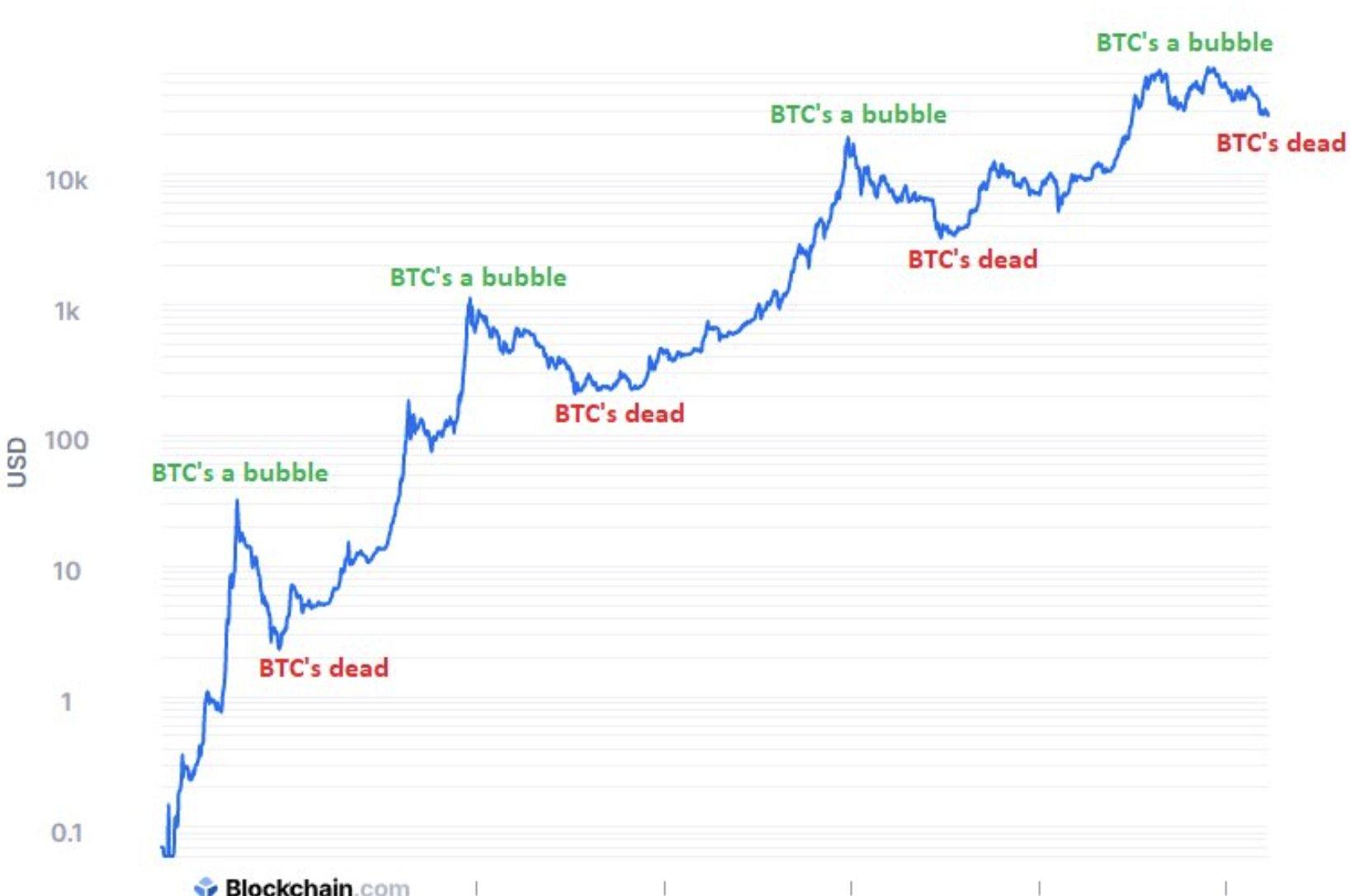 It does bring up the more interesting question of what Bitcoin growth should really look like.

‘Should’ and ‘is’ are very different.

Knowing what Bitcoin IS, how would you expect it to grow and develop over time?

Money built from the ground up.

No value upon launch.

No distributed network upon launch.

What does ‘success’ or ‘failure’ mean?

“In a few decades when the reward gets too small, the transaction fee will become the main compensation for [mining] nodes. I’m sure that in 20 years there will either be very large transaction volume or no volume.” – Satoshi Nakamoto

Books such as the Bitcoin Standard take the smart approach by comparing the history of money itself and its development over time. Of course, the timeline is rapidly sped up when you consider that Bitcoin is built on top of the internet. But it’s a good example of how and why something becomes money over time.

Nothing goes from being worth 0 to a stable store of value and medium of exchange at the click of a finger.

If you go back to the above chart and ask ‘why?’, you’ll probably begin to see the bigger picture.

For example, Bitcoin often reaches an all-time high after the ‘halving’ (the supply is cut in half while the demand remains the same).

Remember, it’s not just about the historical performance, it’s about ‘why’ it is performing that way.

If you want to learn more about the ‘why’, hit up the FastBitcoins blog!