Where the end begins

The year is 2050, and freedom has been dead for some time. I’m not sure exactly when it died, but there’s one thing I know for sure: it is dead. To determine where exactly we went wrong and when exactly the last drop of freedom escaped the barrel, I’d like to attempt a post-mortem. So, let’s begin at the end. 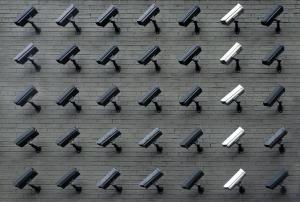 The year 2020 drew a line in the sand of our memories, concisely marking the end of one era and the beginning of another, but most of us didn’t realise it until 2027—perhaps this was largely owed to the phrase “post-20 world” entering popular consciousness and vocabulary from 2027 onwards. Either way, the glasses with which people view the pre-20 and post-20 eras are tinted with very different colours. But the problem wasn’t coronavirus, it was a cultural virus that began to take hold during the twenties. It’s hard to put a finger on exactly what this cultural virus was, but it felt like a blend of fear and guilt—everybody feels it now. I’m also unsure of whether this cultural shift caused the inevitable cascade of freedom’s death or if it was a symptom of already-dying freedom… my best guess is that it was some sort of causal spiral. Throughout the 30s, we sort of collectively realised that this fear we were all feeling was the fear of ostracisation. Although this realisation was agreed upon, it was an unspoken agreement, partially because it was so obvious that stating it aloud was unnecessary, but also because such a statement itself could get you ostracised. 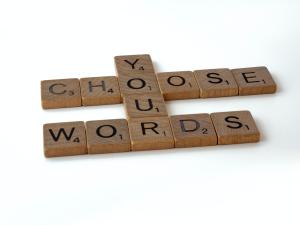 I can imagine someone reading this during the pre20 era would be quite confused, after all, I remember when ‘being ostracised’ usually just meant angry commenters online, weird looks on the street, or being fired. Back then, being fired was just about the biggest fear of most… that quickly changed from being fired to getting FIAD. I remember when I first heard that phrase, I didn’t think much of it at the time, just some conspiracy theorists shouting online about how BAMA-28 (Behaviour And Morality Act 2028) was going to propel us into some dystopia since it granted the government complete control authority over who, when, and for how long individuals can economically and socially participate in society by giving PODIs (People Of Dangerous Influence) a FIAD (Financial Inhibition And Detention) strike. At the time, I thought nothing of it, after all, back then, there was no real way for governments to flip a switch and decide who was and who wasn’t a societal participant. I mean, they could control your Britcoin, but using that was still optional, and most people still just used old GBP at the time. 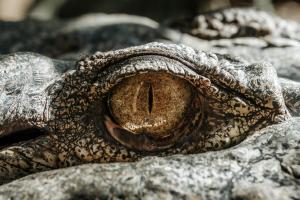 The government began to roll out Britcoin toward the later part of the 20s, and I’m pretty sure this was the mortal injury that led to the death of freedom. Britcoin, the UK’s CBDC (Central Bank Digital Currency), snuck up on most of us. The British government managed to be pretty inconspicuous during its development, often portraying a nonchalant attitude toward the idea and alluding that they weren’t seriously considering implementing such a thing. This worked quite well because when you believe someone isn’t very interested in doing or acquiring something, you sort of infer that there must not be much worth getting. As it turns out, the powers that be were very interested since it would essentially give them the ultimate surveillance and control tool and grant them near-boundless power. Hard to tell when the Bank of England’s website back in the early 20s said:

“People sometimes describe this possible UK digital currency as ‘digital sterling’ or ‘Britcoin’. We have not made a decision to introduce one, so it hasn’t got a name” – Bank of England

In retrospect, this quote is quite funny since they were already giving the currency—which they supposedly had no intention of creating—a name. Regardless, even during the mid-20s, when they began to be more forwards about their plans, most people didn’t really care too much, myself included. I think most of us just saw it as analogous to the change from paper money to polymer notes during the 2010’s; this was how the Bank of England framed it, and most people just accept the frames that are given to them by authority figures, especially back then when trust in institutions of authority was only just beginning to collapse.

“We have always looked for new ways to improve our money and payment services. For example, we now use polymer notes because they are harder to counterfeit than paper ones and they last longer… It is now time to look further ahead. We are examining the possibility of a CBDC for the UK (alongside our physical notes), so we can make sure we are ready for the future.”

That quote stayed on their website for quite some time, what we didn’t understand is that, while they were looking out for the future of the country, it was from a governing perspective that was more concerned with staying competitive in an increasingly technological world than it was with staying true to the fundamental English common law principles to which the country owed its history of growth and prosperity. Britcoin was particularly parallel to one axiom of English common law:

The existence of Britcoin and the presence of this principle are mutually exclusive. Britcoin has proved to be precisely a tool for the subjugation of this very principle. It’s a hypodermic needle that bypasses the boundaries set by the principle at will, only to retreat just as fast, leaving nothing but a tiny red dot as evidence that the principle’s structural integrity was ever violated, allowing life to continue as normal, with citizens acting as if the principle was still something other than a closely monitored theatre of play-pretend that will run until the state disallows it.

I guess it began when they started implementing variable-rate energy taxes such that energy used during evenings or times of peak energy usage incurred a higher tax than using energy in ‘off-peak hours’. This allowed them to take an average of energy taxes throughout the day and using that number to represent the total energy tax, even though those who work from nine to five have no real way to utilise energy during off-peak hours, so all energy was essentially taxed at higher levels than reported. I guess this opened their eyes to the amount of tricks and slight-of-hand they could use to circumvent certain laws. That list of tricks turned out to be very high… when you know when and where every person spent every penny, and what they spent it on, and the ability to halt, reverse or enact transactions on anyones behalf, including freezing their accounts or stopping them form purchasing from particular sectors of the economy, it turns out you have pretty much achieved infinite control authority over the allocation and distribution of resources throughout your entire country. This is a serious problem in the best case scenario, but as we saw in 2032, it just takes one really bad apple to get into office for a serious problem to turn into an existential threat to the existence of your nation. Of course, humans’ proclivity to overestimate their ability to centrally plan complex systems is to blame for the death of freedom. When you begin to believe that you, or your economic/technological/sociocultural models understand the world in total, you become totalitarian. There’s a self-fulfilling prophecy in this too: when we become totalitarian, we   screw things up, and when things get screwed up, our knee-jerk reaction is to become more totalitarian. When things are going badly, we liken to totalitarianism because it promises us a ‘total’ description of the problem, and a ‘total’ solution, and we are willing to turn a blind eye to the voice of reason because we want to believe in a saviour who will fix the totality of problems that are disaffecting our lives and livelihoods. So, when you have near-complete control authority over the allocation of resources in your country, and you subscribe to a totalitarian ideology, you begin making some very dangerous decisions. It’s almost inevitable. The only safeguard is disallowing the emergence of a world of such centralised control in the first place, or at least creating an exit-route so that when it inevitably crashes and burns, we don’t all burn with it.