You may be familiar with the popular meme below vvv 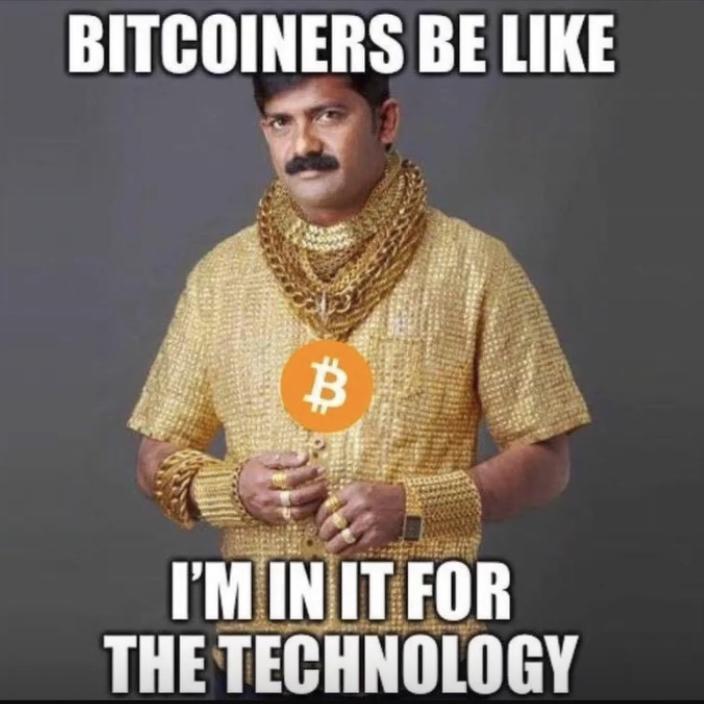 Well… FastBitcoins really did get into Bitcoin ‘for the tech’!

Standing firm behind the founding principles of Bitcoin – freedom, self-sovereignty, privacy, financial inclusion, and equality – we focused on building the tech that would support and accelerate Bitcoin adoption, once people began understanding what this once in a lifetime creation/discovery really offered to the world.

In the words of US Senator Elizabeth Warren, we were the ‘Shadowy Super-Coders’ working hard behind the scenes to make it as easy as possible to escape a grossly unfair, and slowly deteriorating monetary system.

While we can all agree that Bitcoiners are all still very early, things have certainly come a long way, and as Bitcoin becomes more mainstream, we’ll move fast to stay one step ahead of where things are going, working on the tech, so we can onboard as many new Bitcoiners as possible – the clue is in the name!

We’ve worked hard to build out a thriving cash-to-bitcoin merchant network spanning across seven regions with our groundbreaking point-of-sale-devices, and have been supporting the next layer of Bitcoin (the Lightning Network) since 2018, but we knew that wasn’t enough! We added custom autoDCA features and bank transfers in Australia, and now it’s time to share the next ‘layer’ of FastBitcoins!

Our updated look isn’t just for aesthetics, the entire site has been re-imagined, making it simpler to navigate, save bitcoin, and further your education within the space. We want to help you focus on the signal and tune out the noise that’s ever-present in the Bitcoin universe.

This is just the beginning.

Alongside more Bitcoin content to keep you sane during the monetary revolution, our ‘super-coders’ will be sharing the next layer of FastBitcoins shortly – you don’t want to miss these new features… watch this space!

FastBitcoins is built by Bitcoiners, for anyone interested in Bitcoin – we’re always here if you need help or have questions.

Bitcoin has never been so easy, and we’re just getting started.